Recently, the CEO of the Australian Renewable Energy Agency briefed the Australian federal government on the fact that solar and wind energy generation is, on the average, cheaper than existing coal or gas power operations found on Australia’s Electricity Market.

CEO of ARENA, Ivor Frischknecht, delivered the news to the Senate Environment and Communications Legislation Committee. The moment of his testimony can be seen in the video accompanying this article.

“…in fact the average prices over the last year or so, have been above those numbers that I quoted (for new solar and wind),” said Frischknecht.

Senator Waters asked for confirmation that new solar and wind installations were cheaper than existing coal or gas operations.

“That is correct,” Frischknecht said.

In light of these facts, it becomes apparent that investing in more renewable energy sources will reduce costs for both consumers and industry. Senator Waters urged others to invest in renewable resources as well, posting the exchange between her and Frischknecht on her Facebook page with an added note: 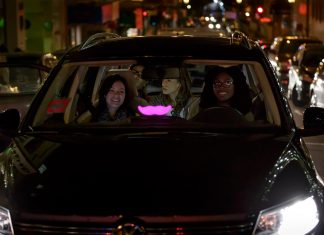 June 6, 2017
With the recent proliferation of ride-sharing services such as Lyft and Uber, some drivers are deciding to forgo owning or leasing cars entirely, and...