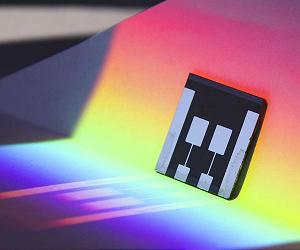 Solar technology researchers have managed to design a new structural organization for solar cells using the material perovskite, thanks to a breakthrough study which demonstrated how solar cells could receive an increase in efficiency, by exploiting the material’s ability to organize itself by standing on its edge.

The discovery was made by researchers from Fudan University in China and Lund University in Sweden. Perovskite is a promising new material being integrated into solar cells, which happens to be highly sensitive to moisture. The material would dissolve upon contact with water, with even regular humidity warping and damaging the material over minutes to hours. However, the researchers have managed to overcome this limitation and succeeded in producing a water-repelling surface which makes the cell construction more stable.

“We have succeeded in producing thin sheets with a water-repelling surface, making the whole construction much more stable,” professor of chemical physics at Lund University, Tonu Pullerits says. “In addition, we have succeeded in orienting the sheets so as to obtain acceptable solar cells, with an efficiency of ten percent.”

In addition to creating more stable sheets of the material, it was discovered that the sheets of perovskites would self-organize, and increase efficiency as a result.

Due to how thin the sheets of perovskite were, they needed to be layered on top of one another to be sufficient in its absorption of sunlight. The water-repellant surfaces hampered the flow of electrons within the material, making it difficult for electrons to move between sheets, meaning the solar cells were less efficient overall. When testing the second set of water-repelling surfaces, it was noticed that the material sheets self-organized, ending up standing on their edge instead of lying flat alongside each other.

The vertical structure of the sheets enabled the electrons to move more freely between the contacts, making the conversion of solar energy to electricity more efficient. Pullertis says the result is an important step on the way to making efficient and stable perovskite solar cells. 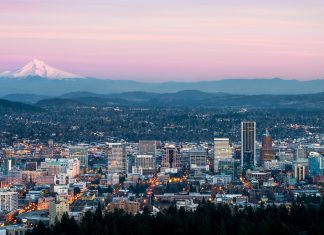 June 1, 2017
Recently Portland, Oregon has made a commitment to meeting 100% of its electricity needs through renewable electricity sources by 2035, making Portland the newest...