Unfortunately for electric vehicle manufacturers, public perception of their cars is probably reminiscent of the Toyota Priuses and Nissan Leafs of the world. Many believe the future of transportation to be a watered-down, economical experience without the thrill of the muscle cars of old. This has led to a kind of backlash to the changing tide of car making, leading many to hold on to their gas-guzzlers for as long as possible. These old school purists may not understand that the future is fast.

Electric motors have the key advantage of accessing 100% of their torque at 0 RPM. Tradition internal combustion engines need to reach a certain speed to max out their torque. This ultimately means that electric motors are faster off the starting line.

A company that seeks to redesign not only the way we drive, but also the perception of driving, is Tesla Motors. The Model 3, their economic electric vehicle option, is set to be released next year. It was recently leaked that this car will not only save you money in the long run, but it’ll also give you the thrill of the starting line that many car guys – myself included – need.

It was leaked that the Model 3 can hit 60 MPH in 5.6 seconds. This puts it in contention with cars such as the Audi A4, hardly a slouch when it comes to driving experience. As speculated, the Model 3 is slower than the sportier Model S, which accelerates from 0-60 in 2.3 seconds when fully upgraded. Let’s be clear; that’s super car territory, so most cars look slow compared to the Model S. The Model 3 beats out the Chevy Bolt, which hits speed in 6.5 seconds. The 3 can also drive over 215 miles without needing a charge, so you can burn rubber all day without spending half of it plugged into a wall. 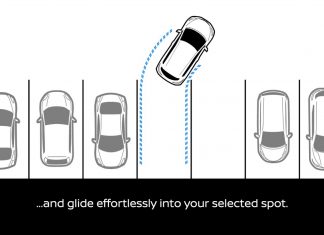 July 6, 2017
According to a new video released by Nissan, the next-generation of the Nissan Leaf will be able to park itself due to a program...