Perhaps one of the most difficult issues to solve amongst scientists and environmental advocates is over how to connect to the public at large. Climate Change and how to solve it is still a hot-button political issue in the United States, with whether it is both real and caused by humans is anything but agreed upon. While scientists overwhelming agree that Global Warming is real and mostly our fault, it is still important to reach out to those who disagree in order to reach an understanding. The best method forward in saving our planet requires cooperation among its citizens.

A study conducted by ComRes aimed to gauge people of various backgrounds on their general worriedness over global issues. The organization interviewed more than 8,100 adults aged 18-65 from 8 countries. The nations represented were Australia, Brazil, China, Germany, India, South Africa, the United Kingdom, and the United States.

The study focused on threats against humanity such as war, disease, and environmental collapse. When asked whether they were concerned about the effects of climate change on mankind, only 14% of the group was not worried.

What is more interesting about these numbers isn’t that they don’t more accurately mimic the belief in climate change by climate scientists (which is well over 90%), but rather the disparity among the different nations of origin. Americans ranked lowest in concern over climate change, with 26% lacking empathy for the situation. Nations like India and China ranked much higher, with numbers of 90% and 86%, respectively.

It is important to note that this study represents a very small segment of the population. However, it can not be neglected that America is a country which has so far been affected less by climate change than other less prosperous nations. This fact alone shows that until the problems reach our shores more prevalently, it may be hard to move forward with a solution. 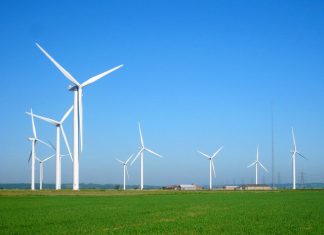