While ordinary citizens aim to reduce their carbon footprints through the use of electric and hybrid vehicles, behavioral changes such as carpooling and public transportation, and purchasing power through greener energy sources, there remain areas where our decisions can not make a significant impact; in the field of manufacturing, our purchasing power is our only choice.

Corporations are a significant source of greenhouse gases, with one study claiming them to contribute as much as two-thirds of carbon emissions into the air. This puts the fact into perspective that until companies become more dedicated to improving air quality, all of our actions will be in vain.

The consumer goods manufacturer Unilever has taken a major step towards becoming a leader in the corporate world as it pertains to reducing carbon footprint. In their United Kingdom division, they have accomplished the feat of being 100% powered by renewable energy, thanks in large part to a wind farm in Scotland where they acquire 87% of their energy.

Across their global production, Unilever uses 63% green energy to produce its goods. According to the company, they plan to be carbon positive by the year 2030; not only do they want to reduce their carbon footprint, they want to play an active role in removing carbon from the air. This represents a mindset shift that is rare amongst corporations who are still driven primarily by profit.

The move makes sense, as more and more people begin to question their own decisions and the downstream consequences that they can’t control. A company such as Unilever can stand to gain only positive press when they can finally announce they are carbon positive and thus removing carbon from the air. Hopefully by the year 2030, more companies will have taken the advice from Unilever and began contributing to the global fight against pollution. 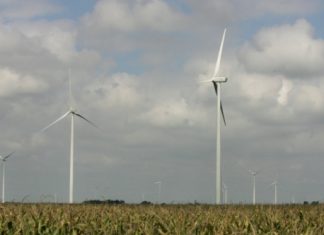