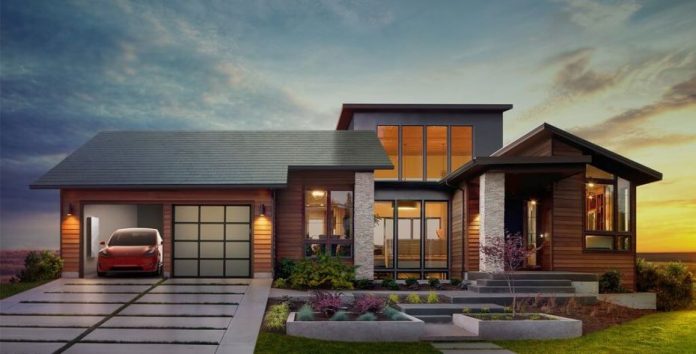 Musk had previously stated that the slick looking, surprisingly durable, set of roof shingles would be available for pre-order starting in April, and that the whole kit would retail for less than a conventional roof, once energy savings were factored in. The solar roof can be connected to 2 Powerwall batteries and a car charger in one’s garage, letting people conveniently charge their Tesla vehicles.

There is currently not a set price for the Telsa Solar Roof; rather Tesla has set up a price calculator on their website that assists in estimating the total cost of the kit. The cost will naturally depend upon your energy needs and the size of your home.

Tesla’s website currently says that installation will begin in June, with California being the first market and that the roofs would be “rolling out to additional markets over time”.

In the meantime, if you are serious about the possibility of a solar roof, you can pay 1,000 dollars to have your name added to the pre-order list. July 1, 2017
A new type of hydropower turbine is coming to the Denver, Colorado area, called “the first of its kind” and a “game-changer”. Ten hydrokinetic generators...