Renewable energy represents an avenue for nations in the developing world to gain footing on their more prosperous neighbors; nations such as China and India have taken the world by storm in their pursuits of alternative power. With the adverse effects of climate change and pollution hitting these nations particularly hard, there is both an economic and humanitarian incentive for continued action.

Enter Morocco, a country which hasn’t quite gained the status of “emerging”, but hopes to use solar and wind power to take one step closer to this feat. The town of Tarfaya, located on the Southwestern coast of the African nation, is home to the largest wind farm on the continent. In 2015 when the plant first opened, 97 percent of the energy used in Morocco needed to be imported in the form of fossil fuels.

Despite their humble beginnings, the nation has bold milestones for the future; 42 percent renewable power by 2020, and 52 percent by 2030. As it stands today, the plant in Tarfaya has a capacity of 300 MW of electricity, an amount that has the potential to power 1.5 million households.

In addition to wind power, the country has plans to increase solar capacity as well. The town of Ouarzazate is due to see the opening of a solar plant next year with enough capacity to meet the needs of an additional 1.1 million people. This could offset up to 760,000 tons of carbon dioxide every year.

The green future of Morocco is expected to continue in this direction, as researchers believe the country could be completely reliant on alternative energy by 2050. 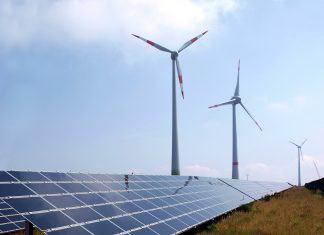