Rick Santorum, 2016 Republican Presidential candidate and former Senator from the state of Pennsylvania, believes solar power is not reliable.

Thursday morning on the CNN show New Day, former Michigan Governor Jennifer Granholm (D) and the aforementioned Santorum were discussing President Trump’s use of Twitter to convey his political agenda. He believed Trump should use the social media platform to stick to the issues instead of his constant attacks on the media. The Republican suggested, “If he wants to get on message then he needs to pull out of the Paris Climate Accord or maybe even a halfway measure.”

This proposed measure did not sit well with the Democrat from Michigan, who replied, “There are 3.3 million people in America that are working in the clean energy industry. If you look at my state, there are almost 90,000 jobs in clean energy right now.”

Santorum then went on to defend the increased usage of fracking to access the United States’ supply of fossil fuels that lie far beneath the surface. This practice has been problematic for many states as it pertains to drinking water; just ask Michigan how it feels to not have access to this human essential.

He later went on to claim that solar and wind power are not reliable or consistent forms of energy. This conflicts with Granholm’s previous statement of China’s increased reliance on green energy; the nation’s massive investments in solar and wind have been extensively covered in the past.

This mindset by Rick Santorum and many of his colleagues represents a massive barrier to increasing government subsidizes for alternative energy; with countries such as India and China increasing their global lead every day, it is important that our nation’s leader do not stand in the way of the inevitable future of power in America and the world. 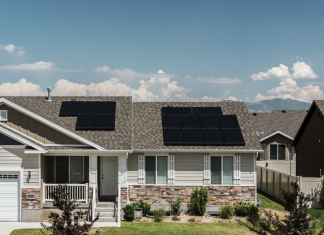