Home Innovations Solar Industry Jobs are Created 17 Times Faster Than Rest of US...

A recent report from the International Renewable Energy Agency (IRENA) shows that the solar industry creates jobs at a rate that is 17 times faster than the average job creation rate in the U.S. as a whole. As of November of last year, the solar industry employed 260,077 workers, which represents a 24.5% increase over the 2015 job numbers.

Most of the jobs (241,900) were in the area of solar photovoltaics, with another 13,000 jobs centered on solar heating and cooling, and the remaining 5,200 positions were in concentrated solar power. As jobs opportunities in fossil fuels shrink due to fuel scarcity and less expensive options, while solar and other renewable industries continue to see growth, we can expect to see these numbers continue to increase.

Materials and labor costs make up the bulk of the solar industry’s spending, which means that as costs for materials continue to become cheaper, solar jobs will continue to remain well-paid positions for the average blue-collar worker. The solar industry is also getting more diverse, with women currently making up 28% of workers, up from 19% in 2013. 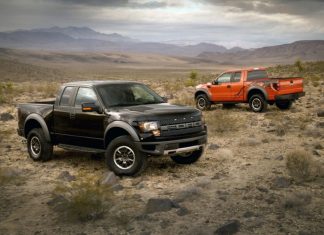 June 8, 2017
Recently, during the announcement of new details regarding their 300+ mile range electric CUV, Ford said they are considering building a pure electric version...