Here in the United States, we are all eagerly awaiting new innovations from companies such as Tesla and the big 3 (Ford, GM, and Chrysler) in the field of electric vehicles. While these companies have all entered into the mix of producing sustainable transportation solutions, we can not lose sight of the developments in other nations.

German car manufacturer Daimler has recently begun construction of a $559 million battery factory, one that would be among the top producing battery suppliers on the continent. Using this facility located in Kamenz, Germany, the company hopes to expand its electric vehicle market share and boast a 10 car line up by the year 2022. This strong statement could possibly be to settle the nerves of shareholders when the company did not hit its own goal to reduce emissions by 2016. It still made significant progress, however, as it did release a new line of more fuel efficient engines.

Europe’s overall electric vehicle market has lagged behind continents such as Asia and North America in terms of growth in the battery field. The continent only accounts for 2.5 percent of the global share of battery production. Daimler plans to invest $1 billion into development of new battery technologies alone, with another $11 billion into the overall field. This investment will allow the company to produce at a high enough volume to reduce individual costs, the car maker hopes.

This strategy of increasing production to drive down costs is one shared by many electric vehicle manufacturers, with Tesla’s Gigafactory having the same purpose. Upfront cost remains a key obstacle for the emerging field of technology. 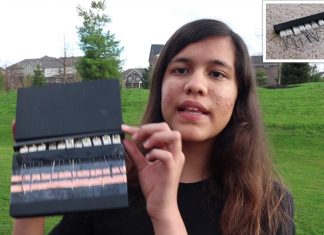 July 10, 2017
We may be one step closer to tackling our energy crisis if this 8th grader has anything to say about it. 13-year-old Laalitya Acharya...