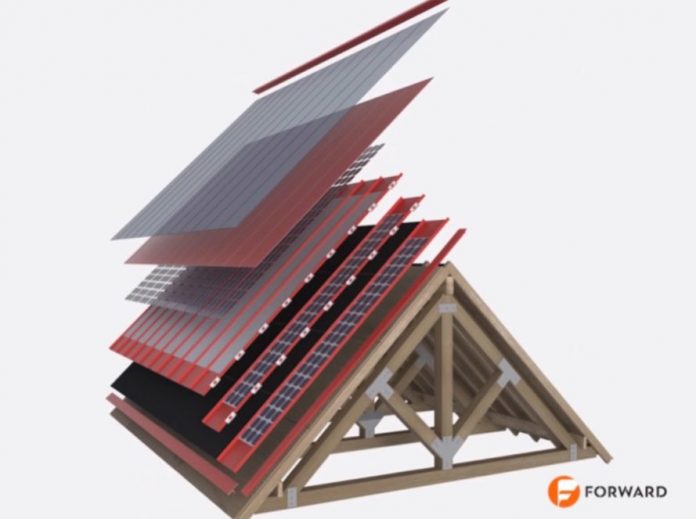 The area of solar roofs is one that has thus far been dominated by Tesla; Elon Musk has dedicated his company to replace the roofs of today with those that can generate electricity to power the homes they rest on. The main problem with this technology is the price tag, a point that leaves many a homeowner wondering if they can afford to go green.

Enter Forward Labs, a new company that takes aim at the alternative energy powered titan. The purpose of this potential rival is to produce a solar roof design that offers similar characteristics to the Tesla model at almost half the price. So far, the numbers look good: Forward Labs will offer roofing that costs $12 a square foot as compared to the $22 a square foot by Tesla.

Zach Taylor, Product Architect at Forward Labs, has construction in his blood; his family has roots in the industry, and he hopes to continue this tradition. His design consists of five layers, including a glass cover to protect the components, an aesthetic layer for visual purposes, the photovoltaic cells themselves, a metal base, and the mounting system.

Taylor also states that his efforts have been on obstacles the average consumer might not recognize, such as accumulation of snow on the panels and protection for responders in the case of a home fire.

Companies such as Forward Labs pose a threat to Tesla, as this field was previously unexplored by other entities. Competition can only further advance the market, however; Elon Musk can no longer expect to be the dominate force without effort. This means more competitive pricing and performance for consumers, a fact that can only benefit the clean energy movement going forward. June 26, 2017
StoreDot is an Israeli storage tech startup and over the past few years, they have touted a revolutionary battery which is both energy dense...