Tesla has made its name as a producer of electric cars, but the company has a larger set of goals. Tesla’s mission of proliferating electric cars is a stepping stone to promoting options for sustainable energy sources to everyone and in every fashion.

According to The Motley Fool, Musk said last year that Tesla’s goal is to promote sustainable energy sources for “everyone and everything.” Tesla wants to bring a clean-energy revolution to the world, and their Tesla Model S and X are building blocks for that ambitious project.

Though Tesla may have kicked off the electric car revolution, other companies like Nissan and General Motors are stepping up to compete with the company. However, this is fine with Elon Musk, as he never intended to dominate the global electric car market. In fact, Tesla dropped “Motors” from the Tesla Motors name three months ago, reflecting their desire to branch out into other markets and technologies. Consider how Apple, formerly Apple Computer Inc., changed their name as well. Today, the iPhone and similar technologies like the iPad make up most of the revenue for the company, not their computers.

Musk has gone on record as saying he would like Tesla to focus on solar power and improved battery technology. If all goes according to plan for Tesla, Tesla will look more like Google than Nissan ten years from now, a company with many arms and extensions into varying fields and technologies. 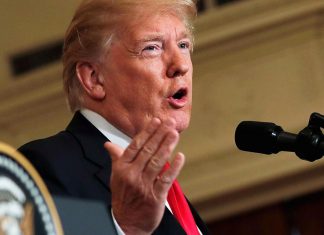 January 10, 2018
President Donald Trump said Wednesday he would like to see the United States turn to hydroelectric power to help meet its energy needs. In fact,...