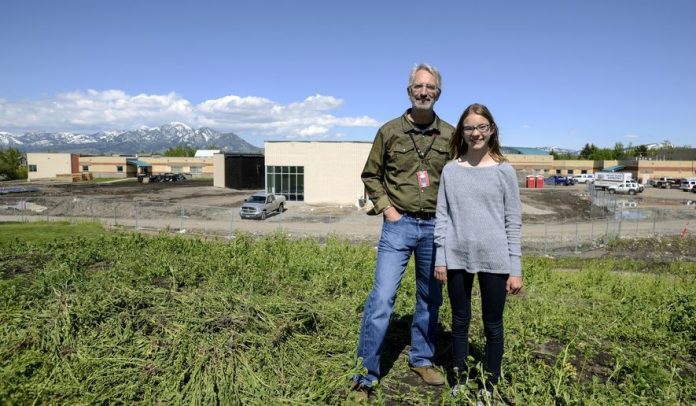 An eighth-grade student in Bozeman, Montana has succeeded in bringing solar power to her school after finishing an impressive campaign to raise $118,000.

Claire Vlases, an eighth-grader as Sacajawea Middle School in Bozeman, asked the Bozeman School Board a year ago to install solar panels on the new buildings to be included in the school’s $16 million expansion. Though the board commended her forward thinking, the proposal was rebuffed on the grounds that it did not make sense economically.

Vlases set about gathering funds for the project by speaking with school administrators, who pledged $25,000 in school district funds. Vlases also oversaw a “Pennies for Power” fundraiser and a talent show, which managed to raise a combined $8,500. The school formed the Solar Makes Sense group, which sought out donations at school events and continued to raise money, but the school was still far short of the $115,000 needed to install the panels.

A week ago, good news came in the form of a donation of $80,000 by the Kendeda Fund, whom Vlases and her parents had met with last fall. The fund was created to support efforts in smart resource use, and has donated over 500 million dollars since it was first started in 1993. Vlases had set up the meeting with the Kendeda fund after learning about them from School Board Trustee, Douglas Fischer. To achieve the donation, Vlases had to draft a number of detailed plans, such as a budget and a fundraising plan. The donation by Kendeda put the fundraising effort over the top of its goals.

The panels may be installed as early as this summer if all goes according to plan and a deal with contractors is hashed out in a timely manner. Vlases has won a community champion award from U.S. Green Building Council of Montana for her efforts.

“I feel really humble that I could be part of it,” Vlases said. “I’m really proud of the success we’ve had… We want this to be a launching pad for other green energy for schools,” Claire said, “and for students to follow their own passions.” November 2, 2017
City Utilities now has the ability to store electricity from renewable wind, solar and hydroelectric sources — as well as from coal — thanks...