A recent study conducted by researchers at Switzerland’s Materials, Science, and Technology Laboratory suggests that particulate emissions from gasoline engines may actually be much more than the amount emitted by diesel engines. The study looked at emissions from 7 gasoline engines with direct-fuel-injection systems, and it found that said engines emit anywhere from 10 to 100 times more particulates than current diesel engines do.

Norbert Heeb, the lead researcher on the study, points the finger at the structure of direct-injection fuel systems. Heeb says direct-injection systems add fuel as the engine’s piston heads back towards the combustion chamber. This means that the fuel is given less time to evaporate fully, which means there are more unburned hydrocarbons, and more particulate matter.

Heeb went on to stress how emitted particles can be damaging to people’s health; they are so small that they penetrate the lung tissue and enter the bloodstream, along with the toxins they possess. The toxins found in emissions from tailpipes include benzo-α-pyrene, a carcinogen also found in cigarette smoke. Heeb suggests that vehicle manufacturers start equipping their gas-powered cars with particulate filters.

“New exhaust emission technologies launched on the market typically need about 13 years to become fully effective. Only after that period of time will 9 out of 10 cars in the vehicle fleet be replaced,” says Heeb. “So, the faster particle filters are mandatory in gasoline cars, the better it will be for everyone’s health.”

Of course, electric vehicles avoid the particulate matter expelled by combustion engines altogether. Just one more reason to invest in them. 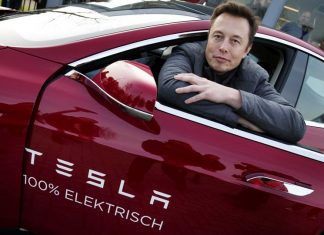 June 10, 2017
Elon Musk recently took to Twitter to dispel the ideas that he is only in the business to make money, and that Tesla can...