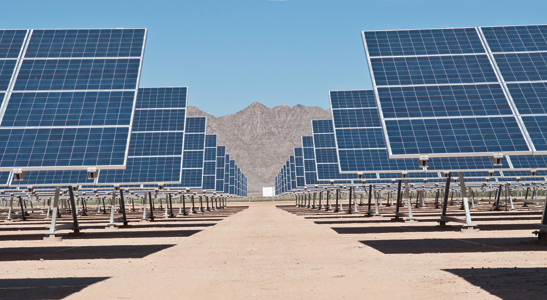 E.ON, a German utility company has recently announced that they will be creating a large network of batteries to store solar energy in the Arizona desert. E.ON is creating the 10 megawatt Iron Horse lithium battery system, which will be able to store enough energy to function as a reliable energy source for more than 400,000 people.

The 10-megawatt network is the first of its kind in North America. Mark Frigo, Vice President of the North American storage systems for E.ON called the system “revolutionary,” and said that the company is excited to be innovating in the solar energy market.

United States coal-fired power reaches its peak in 2007, at the climax of 2 billion KWh. Last year that number was 1.2 billion KWh. Renewable resources are making up that difference and continuing to gain more traction. The trade groups: The American Wind Energy Association, the Solar Energy Industries Association, and the Advanced Energy Economy wrote a joint letter to US Energy Secretary Rick Perry asking Perry to acknowledge that renewable resources “are proven technologies that help support grid reliability.” Perry called for an investigation into the reliability of the nation’s energy grid in April.

Meanwhile, with the new project, Arizona is securing its place in the Top 10 states for installed solar power in the country. Arizona currently meets about 5% of its energy needs from solar power. The number is likely to rise in the years to come, as according to the Solar Energy Industries Association, solar power costs have dropped more than 60% over the last five years. November 13, 2017
Last week, Wolf signed into law changes to the state’s Alternative Energy Portfolio Standards, which since 2005 have required an increasing percentage of electricity...