Home Solar Study Says Switching to Solar Can Save Thousands of Lives Not Just... A new study published by Renewable & Sustainable Energy Reviews has determined that switching to solar would save some 52,000 lives a year from air pollution-related diseases.

Every year tens of thousands of people die due to air pollution-related diseases correlated with burning coal. According to the recent study, if the country were to transition to solar energy systems, up to 51,999 lives could be saved, at an investment of around $1.1 million per life.

The study aggregated data from peer-reviewed journals and the EPA to calculate the number of US deaths in relation to kilowatt hour per year for both solar and coal. The researchers then used the current costs for solar installation and derived the potential return on investment.

Joshua Pearce, a material science professor at Michigan tech, says that unlike many other health investments, the investment returns more than lives saved.

“In addition to saving lives, solar is producing electricity, which has economic value,” says Pearce. “Everybody wants to avoid wasting money. Just based off the pure value of electricity of the sensitivities we looked at, it’s profitable to save American lives by eliminating coal with solar.”

The cost to fully replace all coal plants with solar photovoltaics is around 1.5 trillion dollars. However, the investment was accounted for in the study’s calculations, and it is still a profitable investment. Due to the fact that solar keeps dropping in cost, it is a viable alternative.

“My overall takeaway from this study is that if we’re rational and we care about American lives — or even just money — then it’s time to end coal in the US,” says Perace. 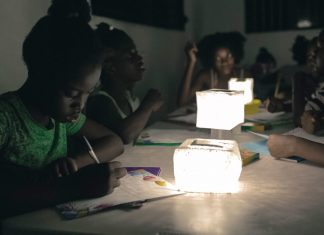 July 17, 2017
When Syrian refugees leave their camps, they pack three items: food, water, and light. The first two generally come in the form of packages from...