Home Climate Study Suggests Americans Want to Know if Energy They Use Comes From...

A new study published in the journal Energy Policy suggests that many Americans want to know if they are getting their power from renewable energy sources.

Christine Horne and Emily Kennedy published their study in Energy Policy, which shows that “U.S. consumers, regardless of political standing, age, or gender, want to use more renewable energy and less fossil fuels”.

“With new communication technologies, it is now possible to give them the option to do it,” Horne said.

Horne and Kennedy set out to determine if energy customers would want to adjust the time that they use appliances and thereby reduce the amount of energy needed from fossil fuel-based energy sources. 234 US consumers were surveyed online to ascertain their level of interest in two fictional apps that would either help them lower their monthly power bill, or help them to use more electricity generated by renewables.

The respondents reported that, by and large, they were just as interested in reducing carbon emissions and saving money. Those who participated in the study also reported feeling more positively towards a person who would choose to reduce carbon emissions than to reduce their power bill.

Putting the findings of their study to use, Horne and Kennedy are currently working with WSU’s Voiland College of Engineering and Architecture to develop an app which would let users monitor in real time what sources their energy is coming from. The goal is that the app would encourage Americans to lower their net energy consumption and use their appliances when the energy is coming from renewable resources.

“The huge increase in available information and new communications technology makes it possible to provide information to consumers like never before,” Horne said. “We’d eventually like to link our app with smart home devices so that people can program their appliances to automatically run when there are more renewables in use on the grid.” 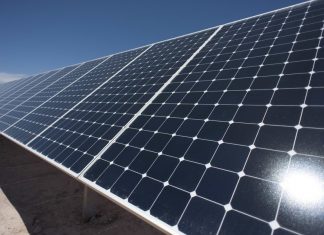 December 21, 2017
Environmentalists so far are infuriated by the actions of the Trump White House. With a little less than a year in office, the administration...