All over the world, the leaders of industry and nations are fighting to establish the best method to combat climate change. While in certain circles there are still doubts as to both the existence and cause of global warming, the overwhelming majority of climate scientists are on board.

Although efforts to reduce carbon dioxide emissions are effective at slowing down future degradation of our planet’s environment, the current amount of greenhouse gases in the air remains a pressing issue. The Earth’s global average is most certainly higher than it was 50 years ago. The world’s oceans and forests can not process the amount of carbon dioxide in the atmosphere fast enough to counterbalance our output, so we must actively remove this gas in conjunction with reducing emissions.

Enter Climeworks, a startup whose purpose to accomplish just that. They have developed the first commercial scale carbon capture facility of its kind, and as of last Wednesday it has been removing carbon dioxide gas from our atmosphere.

The system works similarly to air scrubbers on spacecraft; fans pull air through spongey filters which collect CO2. Once the filters are full of particulate, they are heated to 100 degree Celsius and pure carbon dioxide is collected. This substance can be then be used disposed of or used in other operations.

Climeworks understands that although this is an important first step in reducing greenhouse gases, hundreds of thousands more will need to be employed by the middle of the 21st century if the regulations of the Paris Climate Agreement are to be upheld.

The company is not the only group to join this valiant effort; University of California, Los Angeles (UCLA) and Rice University researchers have aided as well. UCLA’s team has converted carbon into concrete, while Rice’s have devised a method of converting CO2 into clean fuel. 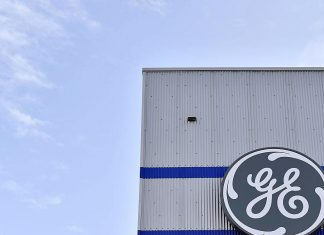 November 8, 2017
GE has partnered with the Green Investment Group to "deliver and operate" 650 megawatts (MW) of onshore wind in Sweden. In an announcement Tuesday, GE...