China has just completed a test flight for their largest unmanned solar-powered aircraft, managing to reach an altitude of 20,000 meters.

The unmanned solar craft, The Caihong (Rainbow), was created by China Academy of Aerospace Aerodynamics. The craft’s developers have been secretive about the vehicle’s exact size, but estimates of the craft based on earlier prototypes place suggest it has a 45-meter (147.6 foot) wingspan and it about 14 meters (46 feet) long. The Caihong left on its journey from an airport in northwestern China, according to Shi Wen the head of unmanned aircraft development at CAAA. The craft stayed aloft all day, and landed later that night. According to Shi, the UAV will see primary use by the government for gathering information around the world, however, it also has applications for internet services, communications networks, and emergency response operations. CCTV says the drone will be operating in near space for both civilian and military purposes, and it is much more economically efficient than a satellite. Since the Cainhong is solar powered, it can fly longer and higher than most drones. Shi says that most normal fuel-powered drones from China can only reach a height of about 8,000 meters. By contrast, drones like the US Northrop Grumman RQ-4 Global Hawk can hit around 18,000 meters. The Caihong faces competition from countries around the world, particularly the US Helios Prototype which is responsible for the world record height of 29,524 meters (97k feet).

The Caihong’s creators say that in the future, they want the craft to be able to remain airborne for months or even years at a time. This goal is years down the road, however. Regardless, the achievement still represents an important milestone for China’s aerospace efforts. 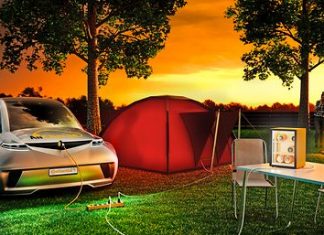 June 5, 2017
Continental will soon be unveiling their solution to the problems faced by many electrical vehicle drivers when it’s time to charge up. Drivers are often...