Italian car manufacturer Lamborghini has up until this point left itself out of the electric and hybrid vehicle market. When one thinks of the brand, its garish styling and 12 cylinder powerhouses come to mind; neither exactly screams “practical” or “eco-friendly.” This is attitude is soon to change, as Lamborghini has announced that its Urus crossover will have a plug in hybrid option.

Stefano Domenicali, CEO of the Italian auto company, claims this version will be released during the second quarter of 2019, about a year after the gas powered version hits roads in Europe. For the petrol purists out there, this 4.0 liter twin turbo charged V8 will lay down 650 horsepower, but that’s neither here nor there.

This will be Lamborghini’s first full scale attempt at a crossover vehicle, with 1,000 cars due to be built in 2018 and another 3,500 in 2019. This production rate is all if interest goes according to plan, of course. The Urus would at this supply account for half of the company’s yearly production; clearly they expect this new market to hold water.

This past April, the Sant’Agata Bolognese factory began pre-production of the Urus, with an expected ticket price in the $200,000 range in the United States. American crossover enthusiasts will have the opportunity to purchase the Lamborghini in quarter three of 2018.

While the gas powered Urus will be a powerhouse, the Italian auto maker will attempt to make the hybrid model more practical. This is despite companies such as Jeep and Porsche going in the former direction; the Jeep Grand Cherokee Trackhawk packs 707 horsepower and the Porsche Cayenne 671 horsepower. The latter is also a hybrid, combining a 4.0 liter twin turbo V8 and an electric motor, adding in the capability to be plugged in.

Car lovers will soon have multiple options to drive their kids to soccer practice. 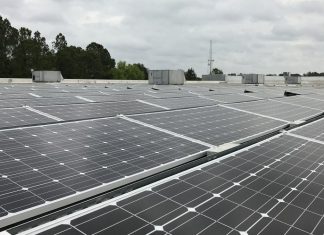