With the release of the much anticipated Model 3 later this year, Tesla Motors has some work to do. Back in April, the electric auto maker released a statement that they would be expanding their Supercharger network. This project has already begun, as work on over 40 stations has initiated. Tesla plans to have more than 10,000 Superchargers and 15,000 Destination Charging stations all around the world by the end of this year.

If the projected sales numbers of the Model 3 come to fruition, Tesla’s existing charging system will be put under extreme stress. To accommodate this increase in cars on the road, the company will be focusing its efforts on the United States, as the new line of vehicles will be released there first.

At an average of 6 stalls per station and the largest having 20, Tesla’s Superchargers left some electric vehicle owners with much to be desired. While this relatively low density has not been a problem up until this point, Tesla has recognized they needed to invest further. It plans to construct stations with dozens of stalls, the highest containing between 50 and 100.

The company uses data it collects from the stations to determine where the highest demand is for electricity. They can then estimate how many additional ports will be needed to accommodate wait times.

Unfortunately for new customers, Tesla will no longer be offering complimentary charging on any of its models. However, those who previously bought through the company and are purchasing a new Model S or X will be grandfathered into the old system. One can also receive this benefit if there are referred by an existing customer. 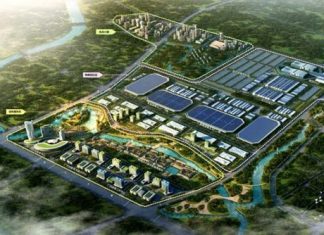 May 25, 2017
In an effort to increase business with its electric cars, GAC Group (Guangzhou Automobile Group), the parent company of GAC Motor, has started construction on a...