Some of the arguments leveled against electric vehicles are that because the electricity they run on is often generated by coal-fired power plants, EVs are just as bad for the environment as gas powered cars. Others have criticized intensive and expensive manufacturing processes behind electric car batteries and other associated technologies.

However thanks to recent advancements in technology and the dropping the price of renewable clean energy, an average electric vehicle in the United States is now as clean as a non-electric vehicle which gets 73 miles to the gallon, says the study. The study divided the US into 26 different regions, 19 of which reported that electric car commissions were equal to or even better than a car which received 51 miles per gallon in 2014. The Union of Concerned Scientists says that for more than 70% of Americans, driving an electric vehicle will produce fewer emissions than even a gas vehicle which receives 50 miles to the gallon.

Among the regions that scored worst in terms of electric vehicle emission output, were parts of Colorado, Wyoming, Nebraska and South Dakota. In these areas, electric vehicles are only as efficient as a 38 mile per gallon gas vehicle. On the other hand, an electric vehicle in New York is equivalent to a car that gets 160 miles per gallon.

The UCS does admit that manufacturing electrical vehicles creates more emissions than the manufacturing process for regular cars, but they point out that the debt is basically erased after 6 to 13 months of driving the vehicle with no gas. 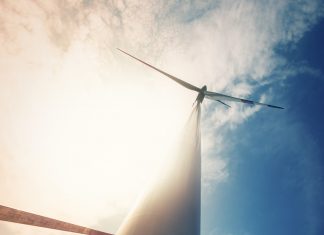 March 9, 2018
Projects receiving support are spread across the state, and include a range of resource sizes. In a first for New York, one of the...