Last year set a record for solar power growth, according to a report published by the Renewable Energy Policy Network for the 21st Century (REN21). 2016 saw 161 Gigawatts of renewable energy platforms installed, with solar power representing almost half (47%) of that growth. China was the world leader in the creation of solar technology, with around 45% of last year’s new solar installations being built there.

The United States, India, and Japan were also top adopters of the technology, but lagging significantly behind China. Germany and other European countries were once significant adopters of solar energy, but since 2015, the countries have fallen behind. China’s willingness to pursue alternative forms of energy may have profound implications for the future of their economy.

“The Chinese government has consistently accelerated its development of solar energy for small and large plants, building solar power up into a strategic industrial sector,” chief executive of SolarPower Europe, James Warson says. “China has invested a whole lot in these technologies, knowing that these are the future cornerstones of the power supply. Ten years ago, in Europe and the United States, they also had a chance to do this.” Renewable energy sources are, solar in particular, are taking off around the globe due to the falling price of the technology involved. In 2010, solar energy cost around 35 cents per kilowatt-hour. By contrast, countries with a lot of sunshine now that number down to around 2-3 cents a kilowatt hour. Even Germany, which does not receive as much sunshine, pays around 6 cents per kilowatt-hour.

REN21 predicts that over the next five years, solar power generation will double or even quadruple in China and the United States, and in Europe, it is predicted to go up some 50%. Other countries like Brazil, Ireland, Turkey, and Egypt and more are just entering the solar market. The future of renewable energy, especially solar power, looks promising.

However, the REN21 report also noted that the transition to renewables is not occurring fast enough to fulfill the goals set by the Paris agreement, and that funding for renewable energy installations is down 23 percent compared to 2015. Christine Lins, REN21 executive secretary, said that the world is in “a race against time”, and that the most important thing the global community can do is cut CO2 emissions swiftly, and speed up investments in energy efficiency and renewable energy.

“When China announced in January that it was canceling more than 100 coal plants currently in development, they set an example for governments everywhere: change happens quickly when governments act – by establishing clear, long-term policy and financial signals and incentives,” Lins said. 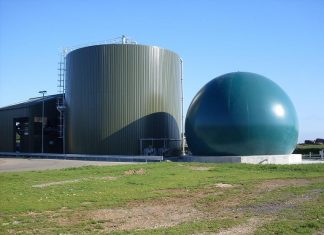 June 17, 2017
Ground was recently broken at a new facility in North Salt Lake, Utah which will be converting food waste to energy. Roughly a third...