Tesla CEO Elon Musk released a statement Tuesday, saying that the company is “definitely” almost ready to begin production on the Tesla Model 3 next month.

Tesla will also let customers customize aspects of their order, though initially, they will only offer choices of color and wheel size. Musk says that the company will add more customization options in as production on the vehicles gets up to speed.

The Model 3 will initially ship with only a single motor, but according to Musk Tesla want to produce a dual-motor version by “by late this year, but more likely next year”.
There is a long waiting list for the vehicles, Musk says, estimating a list more than a year in length.

Musk and Tesla have been running an “anti-selling” campaign recently, and are assuring people that the Model 3 is not the “next generation Tesla”. They have also recently started a new Certified Pre-owned program for Model S cars with high mileage.

Musk made his announcement at Tesla’s annual meeting of shareholders held in Mountain View, California.

Other interesting developments from the shareholders meeting include a first glimpse of the Model Y, which will apparently be built on a new platform, unlike the Model X which utilized the Model S platform.

Musk also confirmed that Tesla is working on an electric semi-truck to be revealed in September, and said he estimates that they will be able to produce the trucks at scale in about two years. 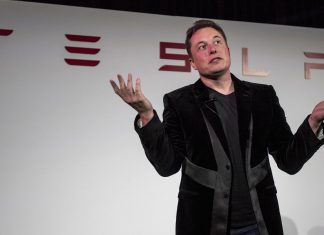 June 1, 2017
Recently Gene Munster, the co-founder of Loup Ventures, said that Tesla has the potential to be the next Amazon. Munster is a tech analyst,...