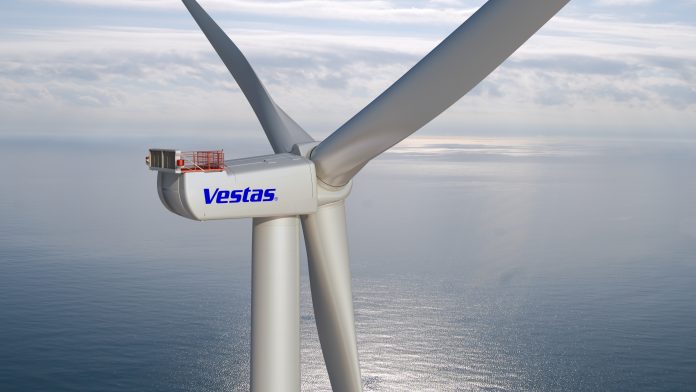 MHI Vestas Offshore Wind A/S has recently unveiled the largest, most powerful wind turbine in the world. The turbine is a 9.5-megawatt giant of a machine which towers over even the massive London Eye Ferris wheel.

The turbine stands 187 meters (614 feet) tall, meaning that at the very top of its height, the turbine would be 135 meters taller than the London Eye. A single V164-9.5MW turbine is capable of generating enough energy to power 8,300 UK homes, according to the Denmark-based turbine company.

The 9.5-megawatt turbine is an upgraded version of Vesta’s previous 9-megawatt model, which released earlier this year. The 80-meter blades on the new machines have a rotational sweep of approximately 21,000 meters. The nacelle that houses the turbine weighs 390 tons. The new turbines from MHI Vestas incorporate an overhauled cooling system and gearbox. “As a leader in the offshore wind industry, we are committed to lowering the cost of energy through innovative turbine technology,” says Jens Tommerup, MHI Vestas’ Chief Executive Officer.

Larger wind turbines are integral to making offshore wind plants more profitable. According to researchers at McKinsey, 3 to 4-megawatt turbines were standard for many years, but now 8 to 10-megawatt models are common. Researchers predict that by 2024, 13 to 15-megawatt models will probably hit the market. Dong Energy A/S, who recently won 590 megawatts of capacity in a recent German energy auction, has said they count on future turbines to be as large as 15 Megawatts. Companies such as MHI Vestas and Siemens AG have are meeting the task of developing those new massive turbine technologies head on. June 24, 2017
A company called Bio-bean has found a way to help combat London’s pollution problem, through the creation of a fuel made out of the...