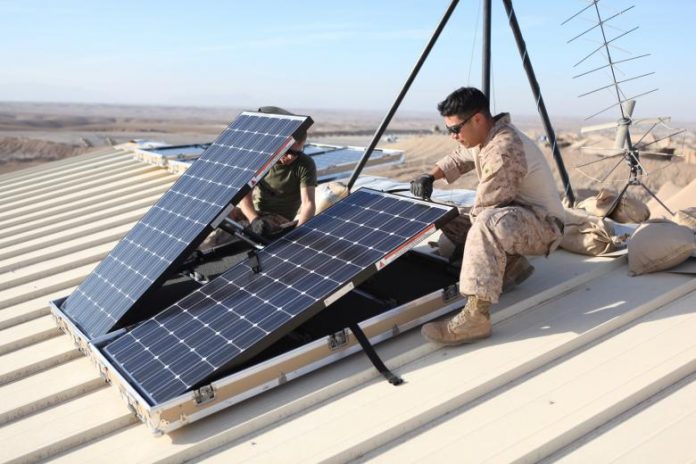 A new report from a government think tank says that a transition to renewable resources is necessary for national security.

The report was published by CNA, based in Washington D.C., and concludes that America must lead the world in a transition to renewable resources and away from fossil fuels because those new technologies are critical for national security. The report points to the fact that renewable technology will play a part in the planning and execution of military missions.

“In forward operations, advanced energy can reduce the logistics burden — lowering costs in lives and dollars,” the report reads. “At bases and installations around the world, it can improve resilience and lower energy costs. Installations at home and abroad are increasingly dependent on energy for real-time command and control, remote operations of unmanned air and ground units, and intelligence analysis.”

CNA’s report also notes that renewable energy tech is likely to benefit the American militaries in ways that are still unknown, pointing to how the development of sonar played a critical part in turning the tide of war against Nazi Germany. The report recognizes that while Russia, China, European and Middle Eastern nations have taken steps to utilize renewable energy, the US “has not taken a similar strategic approach.”

Though the CNA report recognizes that adopting “advanced energy systems”, would increase the effectiveness and resiliency of the US military, it comes at a time where government leaders are expressing greater support for fossil fuels. Just last week the Trump announced that the US would withdraw for the Paris climate accord, apparently putting the White House at odds with the CNA think tank and their conclusions.

As if to underscore the point another think tank called The Center for Climate and Security, which happens to be advised by senior retired military officials railed against Trump’s decision to withdraw from the Paris accord, and quoted Defense Secretary Jim Mattis at his nomination hearing earlier this year.

“Climate change is impacting stability in areas of the world where our troops are operating today,” Mattis said. “Climate change can be a driver of instability and the Department of Defense must pay attention to potential adverse impacts generated by this phenomenon.” 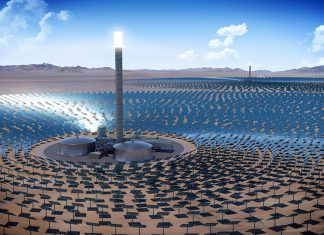 July 18, 2017
A major solar power project in the Middle East will provide electricity during the night, the developers have said. The $1bn (£770m) scheme will provide...