Elon Musk recently took to Twitter to dispel the ideas that he is only in the business to make money, and that Tesla can only succeed with government subsidies. Musk tweeted out a series of messages Friday morning explaining why he and his Silicon Valley colleagues started Tesla to begin with, in response to criticism from other investors earlier in the week who are shortening stock.

Musk speaks about GM forcibly crushing electric cars in 2003, and how it was the inspiration for the company’s origin.

They was done against the will of their owners, who held a candlelight vigil all night to protest the death of their cars

Since big car companies were killing their EV programs, the only chance was to create an EV company, even tho it was almost certain to fail

Nothing to do w govt incentives or making money. Thought 90% prob of losing it all (almost did many times), but it was the only chance.

Musk seems to be referencing the early 2000s recall of the EV1 electric car by General Motors, which has been covered in the documentary “Who Killed the Electric Car?” Tesla was eventually founded in 2003, though until now the motivation for the creation of the company was largely unknown as it is not detailed on the company’s website.

According to an Investopedia article, Tesla is the US equity market’s most shorted company, citing data from analytics firm S3 Partners. S3 Partners says the short interest in the company comes out to about $10.4 billion. Short-seller worries aside, Tesla has still hit an all-time high in terms of shares and is just about to start production on the Tesla Model 3 next month. Tesla stock is up over 73% since the year’s beginning and shares have jumped over 61% over the last year.

In other news, Tesla has just recently started a high-mileage version of their certified pre-owned program, allowing people to get a shot at securing a Tesla for around 30,000 to 40,000 dollars, making them much more affordable to the middle class. 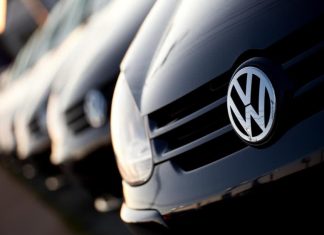 May 31, 2017
The world of automotive manufacturing faces a troubling trend: while vehicle efficiencies increase, so does the pollution created during the production process. This is...