Home Solar New York Breaks into Top 10 Solar States with a Burst of... 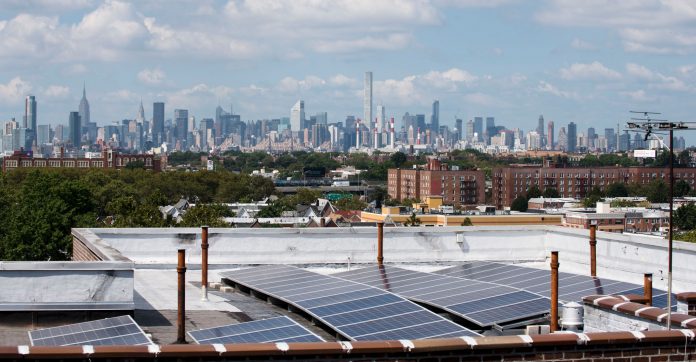 New York has earned their place in the top 10 solar powered states, according to a new study tracking solar markets in the first three months of 2017. Large solar farms which can provide solar power to thousand of customers were largely responsible for the explosive transformation.

According to a report recently joint released by GTM Research and the Solar Energy Industries Association (SEIA), New York saw 181 percent growth over last year for its non-residential solar power market. During the first quarter of the year, New York added around 42.2 megawatts of power, which is enough for about 7,000 homes. This is the largest ever quarterly increase in non-residential solar markets, according to the report.

Last year saw around 2,000 solar applications for projects ranging in size from 50 KW to 2 MW. In fact, so many solar farm proposals came up that the Public Service Commission was forced to intervene after it was discovered that solar companies had often not obtained the landowner’s permission before pitching a solar project. Due to that fact, a few Hudson Valley towns have brought forth moratoriums on solar developments due to worries about losing land valuable to agriculture.

According to the report, New York’s solar market was amongst the fastest growing solar markets in the country. It added 8 percent to its total capacity in jus the first three months of 2017 and is now just on the heels of California, North Carolina, and Arizona in terms of solar output. The report says that New York will probably add another 132 MW of solar power throughout this year.

“New York put a lot of work into the framework for a long-term solar network,” said the director of state affairs for SEIA, Rick Umoff. “What we’re seeing now is the fruits of that labor taking hold.”

New York is steadfastly committed to switching to renewable energy sources and reducing emissions. New York Governor Andrew Cuomo recently announced a new 1.5 billion dollar renewable energy project plan for the state that has the goal of achieving 50% of New York’s electricity by 2030. The plan is also expected to create some 40,000 clean energy jobs. May 31, 2017
It is sometimes difficult to think of a nation such as Syria that we only hear about in the news due to unrest and...