Energiya Global, an Israeli-American solar company, expects the Trump administration’s plan to fight Jihadists to be good for business. Energiya Global’s Chief Executive, Yosef Abramowitz, recently said that half of the company’s approximately 1500 megawatts of solar power planned for construction in Africa is in areas “where the U.S. likes to counter extremist forces”.

Energiya is registered as a company in Israel, but the majority of the company’s stock is held by US citizens. Abramowitz says the company is well placed to introduce solar power to much of the African continent. Abramowitz also says that the Trump administration’s decision to withdraw the US from the Paris accord is unlikely to significantly impact the success of the company, he explains that “most people don’t realize that it wasn’t only a climate deal, it was also a development deal, particularly for Africa.”

A couple different factors make Energiya’s Israeli background an opportunity for expansion into Africa’s solar market. For one, the Israeli background of the company along with their close relationship with US programs gives it a unique view into the needs of the countries it operates in. The company is able to employ unique problem-solving strategies due to their increased understanding of the different social and economic perspectives of those countries, unlike a Chinese company, says Abramowitz.

The Israeli background of the company also assists it in tackling security issues with the right experience and mindset. Abramowitz says that seven of the Economic Community of West African States (ECOWAS) are dealing with Islamic Jihadism, and that most developers would not understand how to tackle the issue from both a physical security and financial security perspective. Energiya Global, however, would understand how to deal with Jihadism, Abramowitz says. This might make them an attractive partner to the Trump administration.

“The emphasis of the Trump administration on fighting Jihadism means they’re going to want new strategies to deploy in frontier markets, both U.S. soft power and hard power,” Abramowitz says. “I think there’s a renewed interest in what we’re doing, not because of the climate issue but because of the anti-Jihadist agenda of the administration.”

For example, Energiya is investigating doing business in The Gambia which in 2015 declared itself an Islamic republic and is still in the process of dealing with political unrest and instability.

“A normal solar developer wouldn’t consider The Gambia for so many reasons but we’re coming from a different place,” Abramowitz says.

“These are cash producing assets that have an insurance wrap from the World Bank or the U.S. government and that are actually very valuable if you know how to do it and if you do it with integrity. So we anticipate that our investors will do well,” says Abramowitz. 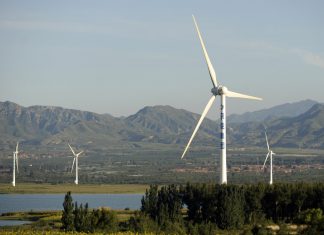