Home Climate This Carnival Is Powered Exclusively on Solar, Wind and Vegetable Oil 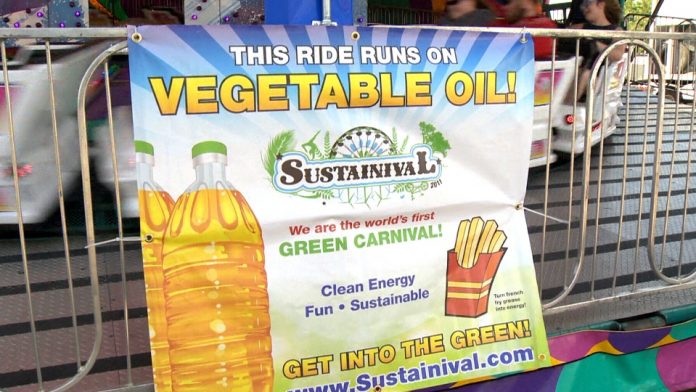 The world’s first carnival powered entirely by renewable energy has come to Edmonton in Alberta, Canada.

The carnival, dubbed Sustainival, bills itself as the “world’s first green carnival”. The organizers of the event are currently taking Sustainival on a four-day fair tour in the South Edmonton Common.

The carnival is environmentally-friendly but offers all the standard food, rides, games and live performances. In fact, the greasy carnival foods are an integral part of the carnival’s power because the vegetable oil used to cook French fries and similar are converted to fuel to generate power. The carnival organizers also use a combination of solar and wind power in addition to recycled vegetable oil to run the carnival free of fossil fuels. “If we can run this for four days on waste vegetable oil, there are a lot of things that can be done with renewable energy,” Antoine Palmer said, one of the co-founders of Sustainival.

The entire event uses about one megawatt of power or approximately the same amount of power used in 900 homes.

The carnival has about 40 rides and attractions, but in addition to those, it also provides educational opportunities for attendees to learn about renewable energy. A number of exhibitors and vendors will teach those who are interested in how green energy technology works. The attendees can then tour a Green Homes Exhibit, or visit a Green Car Show.

“When people come they get to see what’s happening in their own backyard, support local initiatives and get involved,” said Palmer.

Sustainival originally took place in Fort McMurray, Alberta in 2013. However, the event has since expanded to other cities throughout the province of Alberta, including Lethbridge and Edmonton. 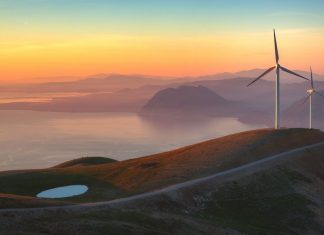 November 21, 2017
Wind and solar power are getting cheaper every day, and lower costs means renewable energy is giving coal and nuclear power a run for...