“It turns out there is more water in the air than all the fresh water in the planet,” explains Zero Mass Water CEO Cody Friesen.

In fact, our atmosphere contains around 3,100 cubic miles of water. That’s roughly enough to cover the entire surface of the earth in an inch of water.

According to Friesen, Zero Mass Water has installed their solar panels in seven different countries. The panels are stand-alone, self-contained devices that generate clean drinking water. A solar panel powers the main device which absorbs water molecules from the air through a special membrane, which is then injected with minerals for a pleasing, fresh taste. The water in then stored in on-board reservoirs. A water line can then carry the drinking water into a home. The device can harvest about 5 liters of water a day on average. 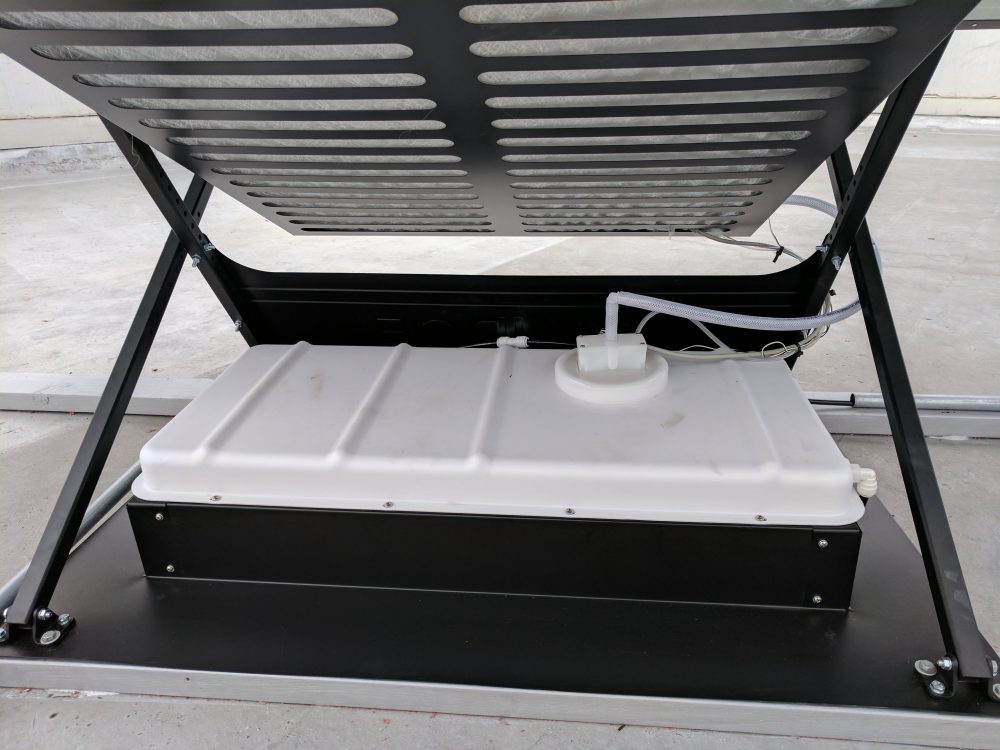 “What these panels do is very similar to the ocean, sun, rain cycle,” Friesen explains.

Friesen says that each panel costs around $2,900, not including installation costs. One panel will produce about ten small water bottles a day and has an expected lifetime of about ten years.

Zero Mass Water’s green water source and their panels are currently available to homeowners in Arizona and California, but the company says they are expanding their operations all around the world. The company estimates that the device will pay for itself after about two to four years of operation, by saving costs from buying bottled water. The device is not intended to meet the water needs for an entire family since the average American uses around 100 gallons of water a day. However, it can ensure that a moderate supply of clean drinking water is constantly available, something that around 10% of the world’s population doesn’t have.

“We are taking an inexhaustible source of water — vapor — and we’re making it free to make it liquid,” Friesen said. “From a technology perspective, of course, we are moving as fast as we can, because this is no joke.” June 22, 2017
Georgia will soon be receiving an additional 200 MW of solar energy generation thanks to a joint effort by renewable energy supplier Green Power...