Home Solar Google Wants to Guilt You Into Installing Solar Panels With This New... 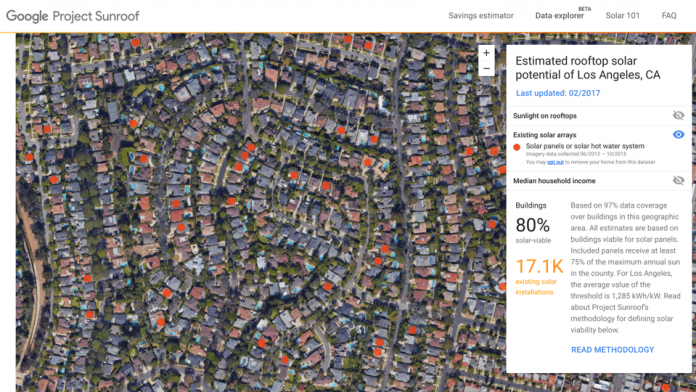 It’s been long known that one of the best indicators of whether or not people adopt solar panels for use on their houses is whether or not their neighbors have done so first.

“It happens at the street level, it happens within zip codes, it happens within states. It seems to be a common feature of human decision-making that crosses many boundaries,” says professor of economics at Yale University, Kenneth Gillingham, whose study picked up on the trend.

Google is gearing up to put the concept to use with Project Sunroof, a free online tool that assists in obtaining and using home solar panels. Project Sunroof will advise users of how much sunlight their roof receives, how much they would save, and which neighbors have started using them. Project Sunroof was conceived by Carl Elkin, a Google engineer who worked on solar-installation campaigns in Massachusetts. It provides data for the 60 million homes across the United States who have already installed solar panels or have been assessed by algorithms. 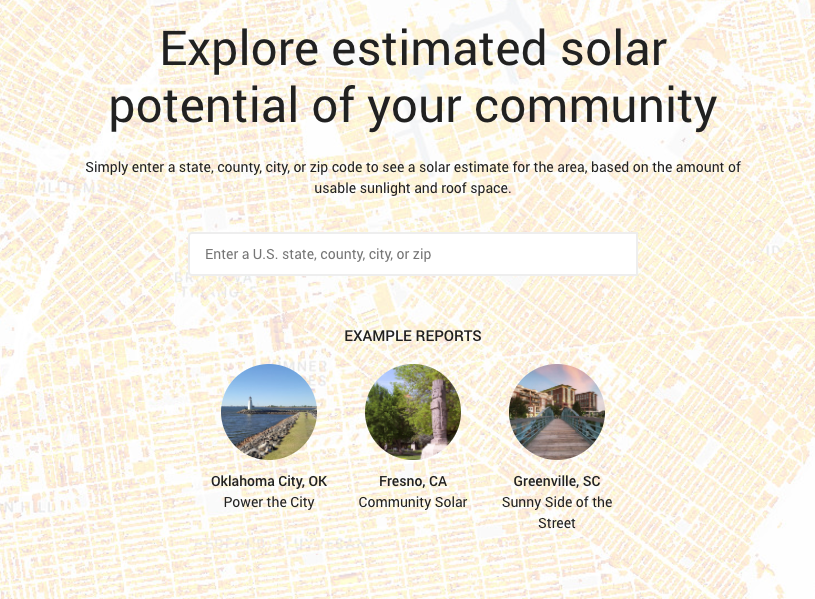 Leveraging the effects of peer pressure on solar adoption the program will show a red dot on any home that has rooftop solar panels installed, so you can see who in your neighborhood or town has already adopted solar technology.

“People want to know: ‘What if there’s some hidden gotcha in the contract?’—and usually, there isn’t. ‘Does this work for other people like me? Is solar really viable in my neighborhood?’’ Elkin explains. “You can zoom around through your town and understand how common solar is in your neighborhood. And many people have found: Wow, there is a lot more solar in my neighborhood than I’d realized.” 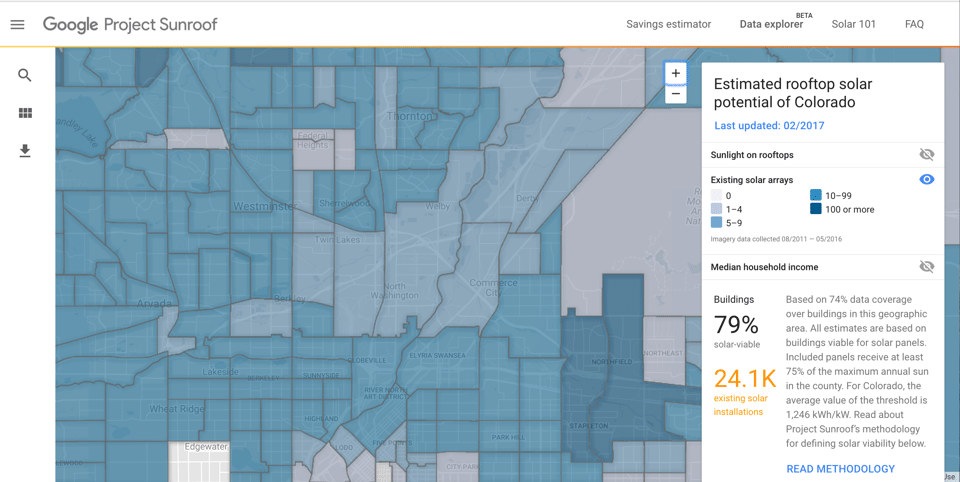 Google has currently analyzed the data for about 60 million installations in the United States and hopes to analyze the remaining 40 million building with solar panels installed over the next few years.

“We want people to realize solar is absolutely part of the fabric of American life,” Elkin says. ‘Out of these many houses, each saving money comes one solution to the environmental problem. Out of many, one. That’s a very American idea.”