Home Innovations New Tech Would Allow Special Batteries to Run for a Decade or... 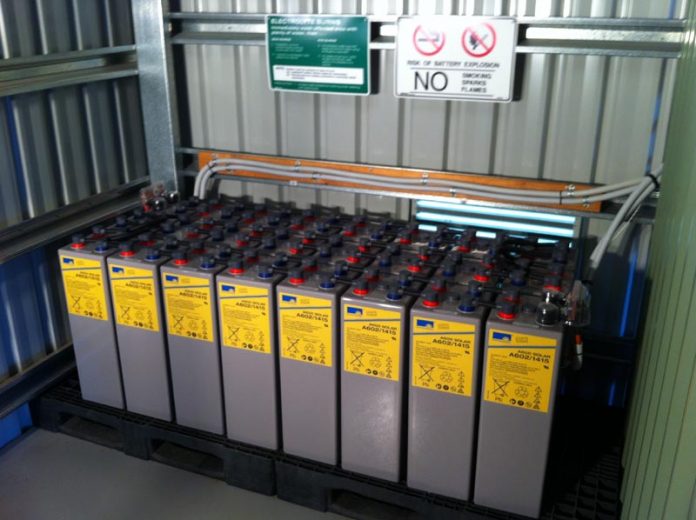 Researchers have succeeded in developing a new flow battery which stores energy in organic molecules dissolved in water of neutral pH. The new battery technology may be able to run up to a decade or more with minimum upkeep.

Flow batteries work by storing energy in liquid solutions found in external tanks. The flow batteries offer innovative storage solutions for renewable but intermittent energy like solar and wind power, however current flow batteries often degrade after many charge-discharge cycles, requiring periodic maintenance of the electrolytes to repair the degradation.

The Harvard team modified the structure of the molecules used in the electrolyte solutions, which made them water soluble, enabling them to engineer a battery that only degrades by 1% of its capacity per 1000 cycles.

“Because we were able to dissolve the electrolytes in neutral water, this is a long-lasting battery that you could put in your basement,” said Roy Gordon, Professor of Chemistry and Professor of Materials Science at SEAS. “If it spilled on the floor, it wouldn’t eat the concrete and since the medium is noncorrosive, you can use cheaper materials to build the components of the batteries, like the tanks and pumps.” The Department of Energy (DOE) has noted that the reduction of the cost will allow cheaper, better storage of energy generated by wind and solar power. The DOE wants to see the creation of a battery which can store energy for less than $100 per kilowatt-hour, which would make stored solar and wind energy competitive in comparison to energy produced by traditional power plants.

“If you can get anywhere near this cost target then you change the world,” said Michael Aziz, the Gene and Tracy Sykes Professor of Materials and Energy Technologies. “It becomes cost effective to put batteries in so many places. This research puts us one step closer to reaching that target.”

The new flow battery technology has the potential to alter the structure of the electric grid itself, according to the researchers.

“This work on aqueous soluble organic electrolytes is of high significance in pointing the way towards future batteries with vastly improved cycle life and considerably lower cost,” explains Imre Gyuk, Director of Energy Storage Research at the Office of Electricity of the DOE. “I expect that efficient, long duration flow batteries will become standard as part of the infrastructure of the electric grid.” 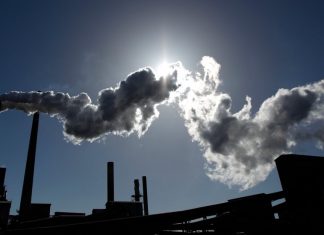 November 1, 2017
Our experiences provide the rest of the world a lesson on climate change: You can ignore it if you wish, but you cannot outrun...