Home Autos Tesla Model X First Ever SUV to Get 5-Star Ratings in Every... The Tesla Model X is the first ever SUV to be awarded a five-star crash rating in every category, according to a new post on the official Tesla blog.

The National Highway Traffic Safety Administration (NHTSA) conducted independent testing and determined the Tesla Model X fit to receive a 5-star safety rating across the board, making it the first ever SUV to receive such ratings. In fact, data from the NHTSA’s testing suggests that the Model X has the lowest probability of injury of any SUV ever tested by the administration. The overall probability of injury for the Model X is almost the lowest of any vehicle the NHTSA has tested, being beaten out only by the Tesla Model S.

According to Tesla, the reason the Model X performs to so well in crash simulations in contrast to a gas-powered SUV is because of the vehicle’s all-electric architecture and powertrain design. The Model X possesses a rigid, fortified battery pack which is mounted beneath the vehicle’s floor, creating a center of gravity so low that the Model X is very unlikely to rollover. It actually has the lowest rollover probability of any SUV on the road.

The NHTSA assessed both the vehicle’s structure and the seatbelt and airbag restraint system. The structure of the vehicle must work to minimize intrusion of other objects into the cabin and absorb as much of the energy from a crash as possible. Meanwhile, the seatbelts and airbags must work to mitigate as many injuries as they can. There are nine subcategories of safety that the NHTSA rates, including side impact, frontal impact, pole impact, rollover tests, and more. The Model X performed well enough to earn 5-stars in every category and subcategory. If a serious crash would occur, a Model X occupant has a 93% chance of walking away from the accident without a serious injury.

Tesla is excited by the news, calling it “a testament to our commitment to building the safest cars on today’s roads.” 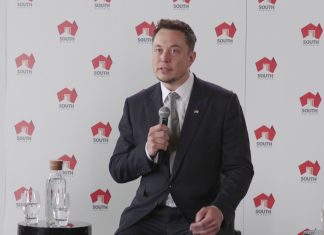