A new lamp is able to generate light through gravity – without electricity or sunlight.

The Gravitylight Foundation is a charity which is based in the UK. It seeks to eliminate the use of kerosene in the communities which lack access to electricity, as the kerosene is burned at night for light. After two years of work and research, the Gravitylight team has managed to develop a lamp that generates light with only gravity.

Though astounding, the process which generates the light is actually quite simple in concept. A weighted bag is hung from one extreme of a band which travels through the device, as the bag slowly falls, it generates energy with its movement. The lamp’s mechanisms capture the energy and convert it into light, which can shine for a half hour on some of the dimmer settings. The potential energy in a small object falling isn’t very much, so the luminosity returned isn’t very much either. That said, the efficiency achieved by the device in capturing and converting that energy is rather impressive, and the light is enough to read or work by in a pitch-black room. To restart the light, the weight just needs to be lifted up again.

“GravityLight doesn’t need batteries or sunlight and costs nothing to run. It takes seconds to lift the weight that powers GravityLight, creating 20 minutes of light on its descent.”

The technology is currently being installed in many remote African communities and the social, economical and ecological advantages have been quite noticeable. Previously, the Gravitylight was not available to the general public, however, the device recently went on sale with some of the profits being used to help bring the lamps to communities in need. 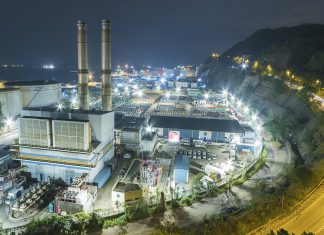 December 3, 2017
A new study by Researchers at the Energy Institute at the University of Texas at Austin shows what numerous studies from the government, University...