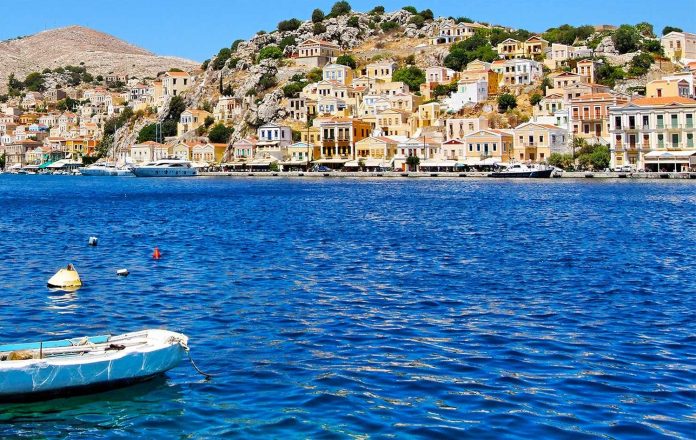 The island of Tilos is set to become the first island in the Mediterranean to meet its power needs from renewable energy.

The island of Tilos in the Dodecanese islands chain is a nature reserve, which is home to more than 150 species of both resident and migratory birds, and over 650 plant varieties. The population of the island is only around 500. The former mayor of the island, Tassos Aliferis, was a committed environmentalist whose actions gave the island the title “Greece’s green island”.

The current mayor of the island, Maria Kamma, has been following in Alferis’ footsteps to fight for sustainable development and human rights. Kamma has extended invitations to refugee families to settle on Tilos, collaborating with the UNHCR and NGO SolidarityNow to establish accommodations, language classes and more. Regarding its power needs, Tilos currently derives most of its power from oil-based electricity produced on the neighboring Kos, and delivered via a submarine cable which is vulnerable to faults. Power cuts are frequent on the island. To address this issue and continue the island’s commitment to environmental friendliness, Tilos is installing a single wind turbine along with a photovoltaic park.

Tilos will create a hybrid micro-grid to store and generate energy with the project. Installation is currently underway and this September and 18-month long pilot program will start. In the future, Tilos may even be able to export their excess power to Kos. The goal of the European commission, who is funding the project, is to eventually roll out projects similar to this one on other small islands in Europe. The European commission has also approved support for Tilos Park, a nonprofit whose job is to protect and promote the island’s cultural and natural heritage. The information center on the island will receive an upgrade to accommodate a hopeful increase in the number of visitors, which is currently around 13,000 a year.

“Tilos has many loyal ‘fans’ who’ve come every year for 30 years,” says Kamma. “Now we’re getting a lot more interest from young people who have heard about Tilos because of the renewable energy project. They like what we are doing and want to support the island.” July 2, 2017
Cryptocurrencies and renewable energy technologies have one thing in common, they’re both disruptive technologies, representing an alternative to traditional business models. Perhaps it is...