Elon Musk has hinted that a massive Tesla factory in India may be in the works, which should be exciting new for Tesla investors and potential customers in India.

Recently Elon Musk posted on his Twitter account that he was “in discussions with the government of India” and requesting temporary relief from import penalties/restrictions until a “local factory is built”. This post comes after many rumors about Tesla establishing themselves in India, with the Model 3 being its first product there, sometime late this year or next year.

Musk has made it clear that he wants to build more Gigafactories, and now it seems as if India may receive its own sometime in the future. If the agreement between Tesla and the Indian government is successful, it would let Tesla gauge the demand for their products before committing to the construction of a gigafactory.

India has one of the fastest-growing populations in the world, and is expected to surpass China by 2028. The country’s GDP is also expanding quite quickly, though it is still rather small compared to the US or China. However, India’s GDP grew faster than China’s in 2015. Considering the quickly expanding population and economy, India’s middle class could be a sweet spot in the global economy for renewable energy over the next couple decades. Indeed, India’s government is already pursuing renewable energy and transportation technology, recently announcing that by 2030 the country wants to sell only electric cars.

India’s willingness to pursue renewable energy and electric vehicle technology has the potential to be a huge benefit to Tesla, hence the Tweet from Elon Musk. Initial demand for luxury electric vehicles in India will be small, but it will help Tesla establish itself within the country. The country could have one of the world’s largest markets for EVs over the next couple decades. Considering that the Indian government seems interested in Tesla’s potential benefits, a deal between Tesla and the Indian government may be hashed out sooner rather than later. 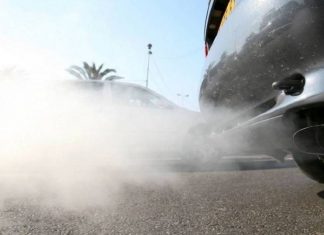