Home Wind For Every Bird a Wind Farm Kills, a Fossil-Fueled Plant Kills 2,000 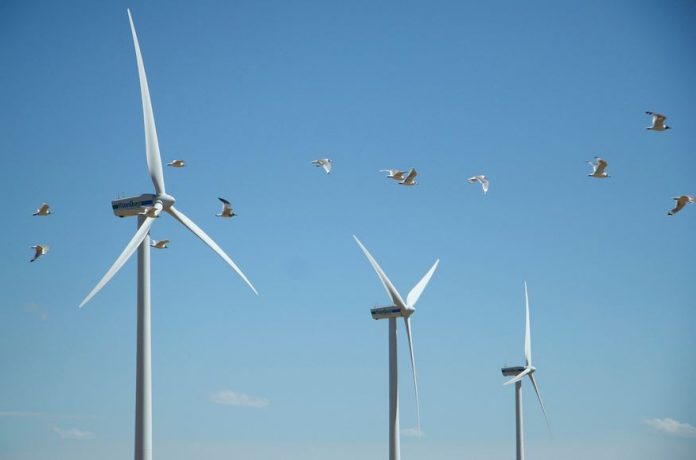 One of the most common arguments leveled against wind turbines is that they kill a large number of birds, with specific attention being paid to endangered or iconic birds. However, the data suggests that the contribution of wind turbines to bird deaths is negligible.

A 2009 study used data from US and European bird deaths to estimate the number of birds killed per unit of power generated by wind, nuclear power, and fossil fuel systems. The study concludes that wind farms kill relatively few birds, especially when compared to fossil fuel or nuclear power stations:

“Wind farms and nuclear power stations are responsible each for between 0.3 and 0.4 fatalities per gigawatt-hour (GWh) of electricity while fossil-fueled power stations are responsible for about 5.2 fatalities per GWh… wind farms killed approximately 7,000 birds in the United States in 2006 but nuclear plants killed about 327,000 and fossil-fueled power plants 14.5 million.”

Essentially, for every bird killed by a wind turbine, nuclear and fossil fuels killed around 2,000 birds.

Other investigations have backed up the idea that turbines do not kill many birds, such as a Spanish study which reviewed inspections of the ground near 20 wind farms with 252 turbines from 2005 to 2008. The investigation found 596 dead birds over the course of three years, meaning that over the course of the 36 months the study took place in, the average number of bird fatalities a year per turbine was only 1.33. The authors of the study said this is one of the highest collision rates found in the whole world of research literature.

More research will need to be conducted, but the current studies suggest that fears surrounding wind turbines having dramatic negative effects on bird populations are largely unjustified. June 24, 2017
The state of California is leading the country for the overall amount of solar capacity installed in 2016, according to the Solar Energy Industries Association....