Home Innovations New Device Creates Water Out of Air – Even in the Sahara... The Dutch company SunGlacier has created a new solar powered device to collect the water in the middle of the hottest, driest places on the planet such as the Sahara desert.

SunGlacier was established in 2010 with the purpose of engineering ways to help areas which suffered from water shortages. The device is dubbed the Desert Twins, and the company refers to it as an “artificial water well”. It uses a process of condensation to collect and create water out of the air. The harvester is made out of two separate devices, one of which is an energy unit that allows the device to generate and store power from solar cells. The other device is a water maker which uses the stored energy to cool down a metal plate and begin the process of condensation. 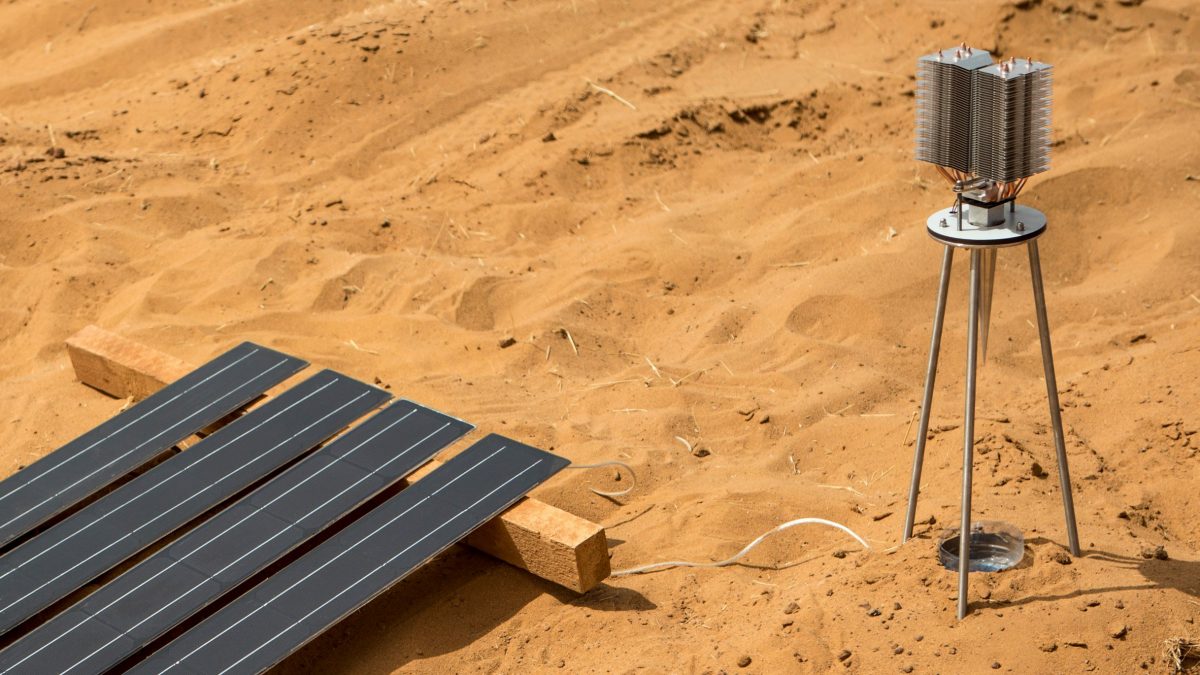 Once the temperature of the plate is low enough the humidity in the air will condense against the metal and form water droplets that will roll down. The company says that the composition of the harvested water is similar to rainwater, and it can be used for either drinking or agriculture. 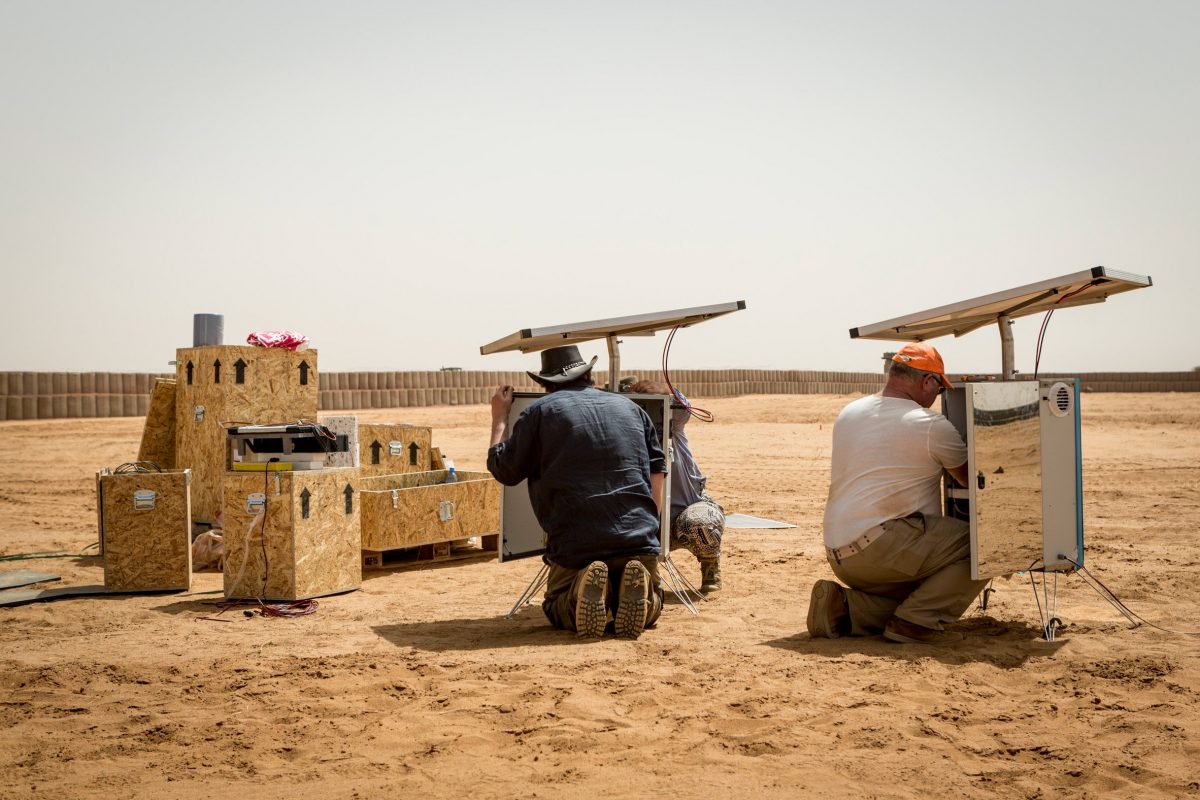 “Air and sunshine are for free, so why not use these elements to harvest water in drought-affected places,” said SunGlacier’s founder, Ap Verheggen. Some “Hot deserts seem dry, but they still contain a lot of water in the air, up to five times more than in the Netherlands. It’s mostly because of the high temperatures that it doesn’t rain. The relative humidity is low, but the absolute humidity can be very high.”

The company says that the device is the latest in their attempts to engineer solar powered water makers. It underwent a successful test in the Netherlands, however when tested in the Sahara desert the device ran into overheating problems and stopped functioning. Water would also evaporate within mere minutes of the device being opened. The company has since overcome these problems and performed the test successfully in Mali during the hottest part of the year. SunGlacier intends to keep working on similar devices, pushing their technology forward to develop more sophisticated water cleaning and enriching systems and storage solutions. They also hope to refine their prototypes into versions that require less energy, so that the device may eventually be manufactured on large scale.

“The world population is exploding, which causes a huge stress on water. Harvesting atmospheric water is in my view an excellent addition,” said Verheggen. “Using solar water for human consumption or agriculture is like borrowing this water. It’s a short cycle, when the water is given back to nature.” July 18, 2017
The eclipse set to darken skies next month threatens to sideline solar farms and rooftop panels in a wide swath of the U.S., wiping...