Home Climate Sweden Will Be Carbon Neutral by 2045 Recently, Sweden has committed to achieving net zero carbon emission by the year 2045, with the assistance of a law passed in parliament last Thursday.

Swedish lawmakers voted 254 to 41 in favor of the net-zero proposal, which was jointly developed and proposed by a committee which involved seven out of the eight parties in parliament. The legislation will take effect beginning January 1 of next year, and is similar to the UK’s 2008 Climate Change Act. The law will set up an independent Climate Policy Council, and create a four-year long cycle to update the national climate action plan.

New Sweden #Climate #Law just passed Parliament 254 Yes vs 41 No. So went through with an 86% majority. Hurray for #klimatlag !!!

“For Sweden to be able to continue to take the lead in the transition to a climate-smart society we need a long-term and stable climate policy,” said Stina Bergstrom, Green Party climate spokeswoman. “We’ve finally got that now.”

The announcement comes two weeks after US Pres. Donald Trump made the decision to leave Paris climate accord. Sweden has significantly upgraded their carbon neutrality ambitions, thanks to the Paris accord. Previously, the country was aiming for carbon neutrality by 2050.

Sweden’s deputy prime minister Isabella Lovin promoted the bill with a photo featuring herself and an all female staff. The image was controversial for some as many interpreted it to be a shot at the Trump administration, and a parody of the all-male staff at Trump’s back when he signed an executive order to cut funding for abortion services worldwide. The head of climate and energy at WWF, Gareth Redmond-King, expressed enthusiasm about the bill.

“Today is an important victory, not only for Sweden but for everyone who cares about the future of our environment,” Redmond-King said. “With Donald 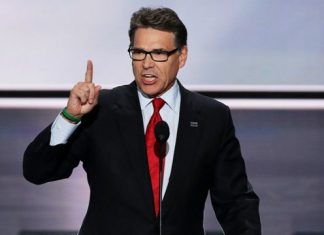 June 20, 2017
Recently a large body of researchers, renewable energy professionals, and grid experts appealed to Energy Secretary Rick Perry in an attempt to convince him that...