A new Chinese startup, CHJ Automotive, is hoping to rival Tesla and capture part of the burgeoning electric vehicle market.

CNBC reports that co-founder of CHJ, Kevin Shen, wants to launch two electric vehicles. An ultra-compact car and hybrid SUV are in development by the company. The ultra-compact car will release sometime in March 2018, and is being targeted at the Chinese market.

“In China, there are 340 million people (who) daily commute with e-scooters, but there is a strong demand for them to upgrade to something,” said Shen. “But we cannot imagine all of them driving cars, so we want to give them something else, which is an ultra-compact car.”

Many urban areas around the world have dense traffic and pollution problems, which the ultra-compact electric vehicle is a perfect solution for.

CHJ has not released images of the compact car, but according to CNBC, the vehicle is tiny at only 2.5 meters (8.2 feet) long, and 1 meter (3.3 feet) wide. The car’s small size makes it easy to power, and it will run on two batteries that can be swapped out. Android Auto, Google’s in-car OS, will be included and the vehicle will cost between $7,800 and $8,900.

CHJ is also hoping to get into the European electric vehicle market but will be focusing on ride-sharing projects, not consumers for the moment. CHJ has also just started a joint venture with French car-sharing platform, Clem. The companies are collaborating on a car-sharing service using their compact vehicles to start trials in Paris.

China is working hard to reduce their emissions, motivated by the Paris accord. Beijing is moving to replace 70,000 of their current taxis with electric vehicles, and the country has even gone so far as to relax some of their laws to encourage EV use. 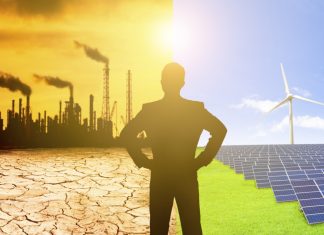