A property development firm in the Philippines is planning to build 1 GW of renewable energy by the year 2022, and solar power will make up around half of that energy.

MRC Allied is based in the Philippines and first started investing into renewable energy two years ago. It now intends to jump headfirst into a transition to renewable energy. The company plans to invest between 1.6 billion and 1.9 billion dollars into the 1 GW portfolio, and it expects to have around $3.9 billion in profit.

The company currently has two solar photovoltaic projects in the planning stages, with a combined worth of $175 million dollars. One of the projects is 100 MW and is located in Clark green city in that the Clark Freeport Zone, Pampanga. The electricity that is generated by the utility-scale facility will be connected to the national grid, thanks to an agreement with the Clark Development Corp. The second project will be a 60 MW project, built in Naga City in Cebu, which will generate electricity for either large power consumers or the Visayas grid. Both the Naga and Clark projects can be expanded by another 40 MW to 60 MW, respectively, while still in the predevelopment stage. Both plants should be operational by 2019 according to MRC.

MRC is hoping to bring its power portfolio to 200 MW by the end of this year, and then to raise it by an additional 200 MW each year until it reaches 1000 MW by 2022. The company will still have to choose additional renewable energy projects if they are to meet their portfolio goal by 2022.

MRC President and CEO Gladys Nalda said that the company is examining the possibility of purchasing existing solar facilities to expand their solar portfolio up to 500 MW. The company is also interested in using wind, geothermal, ocean and hydropower and even liquefied natural gas to meet the remaining 500 MW. 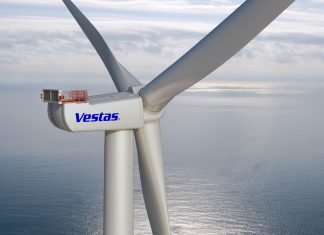 June 8, 2017
MHI Vestas Offshore Wind A/S has recently unveiled the largest, most powerful wind turbine in the world. The turbine is a 9.5-megawatt giant of...