According to recent reports, Tesla is close to finalizing the agreement with China to produce vehicles in the country. If the deal goes through, it will give Tesla better access to the world’s largest auto market.

The agreement would be with the city of Shanghai and would allow Tesla to construct facilities in its Lingang development zone. Anonymous sources say the agreement could come as soon as this week, with details being finalized right now.

Elon Musk recognizes the importance of setting up local production centers in China, where Tesla’s revenue has tripled over the last year, rising to more than $1 billion. If the company is able to assemble vehicles locally, it could avoid a 25% tax which makes the Model S and Model X more expensive in China than in the US. China has recognized the importance of electric vehicles and other non-fossil fuel vehicles as a rapidly emerging industry, and government support has helped the country surpass the United States to become the world’s largest market for non-emission vehicles.

Reducing the costs of electric cars is critical to Elon Musk’s efforts to reach more mass-market consumers. Tesla is expected to begin rolling out the Model 3 electric sedan next month. Tesla has not yet made the Model 3 available in China, but in the United States, it is expected to be extremely popular with customers standing in long lines to place a $1,000 deposit for the car.

March saw Tencent Holdings Ltd., the biggest Internet company in China, purchase a 5% stake in Tesla for $1.8 billion dollars. If Tesla teams up with the influential company, they could have an easier time gaining traction in the Chinese market which is saturated with new-energy vehicles, having more than 200 companies planning to produce non-fossil fuel cars. 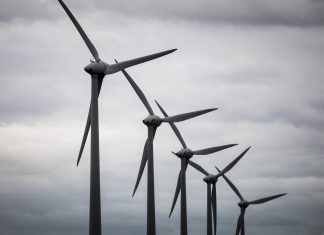 April 9, 2019
The International Monetary Fund's annual World Economic Outlook has a section that nicely tells the story of why wind and solar power are growing so fast in power markets.What they found: The chart above shows calculations of levelized cost of electricity from different forms of zero-carbon power. That's basically an all-in comparison of the costs…