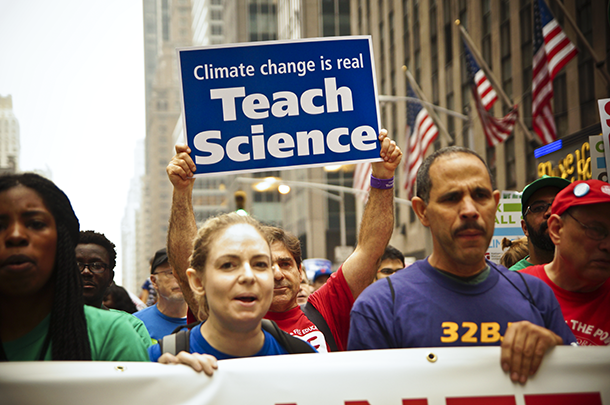 While the vast majority of climate scientists say that human-driven emissions are driving global warming, how climate change should be taught in the classroom has less of a consensus.

Several states have recently considered passing measures which would allow or even require teachers to instruct their students about alternatives to widely accepted viewpoints, such as evolution or indeed, climate change.

Recently many teachers across the nation were mailed the book “Why Scientists Disagree about Global Warming,” which was created by a group called The Heartland Institute, to challenge the idea that a consensus exists about the causes of global climate change. The president of the institute said that science teachers should “keep an open mind” and refrain from teaching “dogma pushed by some environmental activist groups.”

Scientists and other experts from the The National Center for Science Education pushed back against the book and made flyers which explained that Heartland is advancing debunked theories about climate change. The National Science Teachers Association also dismissed the book as a piece of politically-driven propaganda.

An NCSE survey which was released last year found that out of the 1500 public middle and high school science teachers interviewed, around three-quarters of the teachers taught something about climate change during the school year. Around a quarter of those teachers gave equal time to “perspectives that raise doubt about the scientific consensus”.

Because the federal government does not dictate state curriculum, the approach to teaching climate science can vary dramatically depending on the state. For instance, lawmakers in both Indiana and Alabama have recently passed resolutions which give the teachers more leeway in how they teach scientific theories, and Florida lawmakers recently approved a proposition to make it easier for Florida citizens to challenge textbooks as inappropriate.

Critics of these approaches argue that such measures could lead to schools removing books which discuss climate change and that they are new efforts to introduce theories which aren’t based in evidence.

David Evans, the Executive Director of the Science Teachers Association, says that such propositions are “permission, or in some cases, even an imperative, to talk about things which are not scientific in the science classroom. And we firmly oppose that.”

Individuals like Republican Sen. Jeff Monroe of South Dakota support their bills by arguing that the fundamental issue is one of balance and critical inquiry, and that he merely wants for teachers to be able to show the strengths and weaknesses of whatever theory they’re talking about.

Evans says that while he does not want his students to get caught up in all the political rhetoric surrounding the issue, he believes that the Trump administration and other climate skeptics are sending the wrong message about climate change and the value of science as a whole. He says that the students should be presented with evidence, not opinion and that they should be able to understand topics like climate change through learning about the science and facts behind the issues.

Much like skeptics of evolution who push for teachers to “teach the controversy”, many scientists and educators respond to them by arguing that time spent in the classroom should be proportional to the amount of evidence for a theory. To put that another way, it is fine to encourage skepticism and critical thinking, but equal time should not be given to a viewpoint which lacks the same amount of supporting evidence. 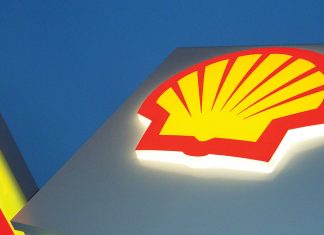