The announcement was made by Philadelphia Mayor Jim Kenney a few weeks after Kenney denounced the White House’s decision to withdraw from the Paris climate accord. Kenney specifically called out Pres. Donald Trump in his commitment to renewable energy.

“In Philadelphia, we’re not afraid of hard work and will do everything in our power to fight climate change,” said Kenney. “No matter what havoc that guy wreaks over the next few years, we will recover from it and move on.”

The Trump administration's decision to withdraw from Paris climate agreement makes it clear we need to double down on our climate leadership pic.twitter.com/YrDcpeupvp

Philadelphia’s commitment to 100% clean renewable energy makes the city both the 100th city and the second largest city, to sign on to the Sierra Club effort. The target date for complete transition to 100% renewable energy, as set by the Sierra Club, is 2035. However, Sara Wu, deputy director of the Office of Sustainability, says that the 2035 date is only a goal.

“While we’re being aspirational and setting the goal of 100 percent clean energy, we’re still working to understand what it would take to meet that goal within a specific timeframe,” Wu said.

Philadelphia’s utilities are already incorporating renewable energy, and are currently focusing on increasing efficiency and cutting the total amount of energy used, according to Christine Knapp, director of Philadelphia’s Office of Sustainability.

“Now that we know federal action isn’t coming, that’s why this pledge makes sense for us to not only reduce the amount of energy we use, but also pay more attention to the type of energy we’re using, as well,” said Knapp. “We know we need to ramp it up more.”

Mayor Kenny also noted that the hotter, more extreme weather the city has experienced due to global climate change is disproportionately impacting the city’s most vulnerable residents, such as poor or homeless.

“Transitioning to a just energy system that is clean and affordable for all will slow these changes and make Philadelphia a better place for current residents and future generations,” said Kenney.

Philadelphia is also taking other steps to combat climate change, including increasing the tree canopy coverage in every neighborhood throughout the city, using a plan to stop energy waste, and a zero waste initiative created by the mayor to prevent waste and reduce litter by 2035. 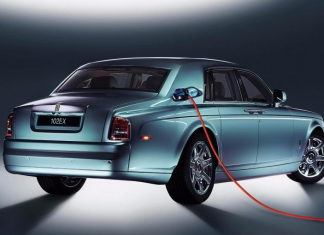 July 10, 2017
It seems the industry's future propulsion method is sealed: electric cars will begin to take priority over the internal combustion engine. While some automakers buy...