Home Autos This $600k Solar Powered Yacht Is Capable of Running for 24 Hours... 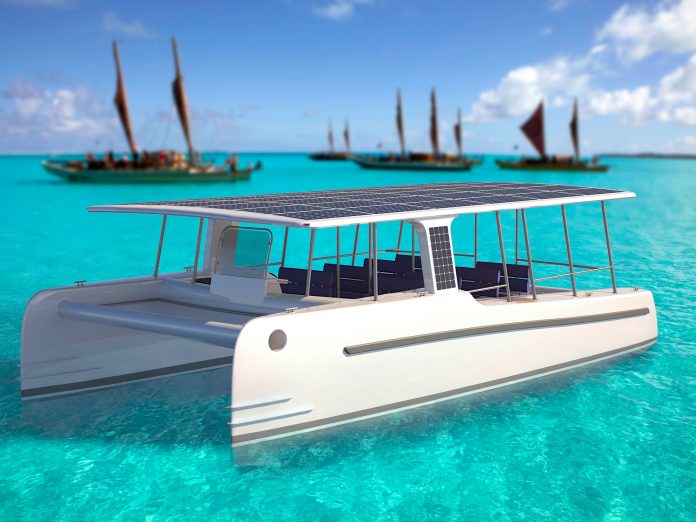 The Soel Yacht SoelCat 12 was designed by the architect Joep Koster and his business partner David Czap. David Czap also cofounded the company Czeers Solar to create boats back in 2006, and successfully created the first solar powered speedboat in the world when he established Naval DC in 2008. Naval DC focuses on developing solar powered electric publishing systems.

Soel Yacht says that they are currently building the first solar-powered SoelCat at a shipyard located in Auckland, New Zealand. After completion, the yacht will be shipped in July off to a resort in French Polynesia. The company says that the yacht is “autonomous”, in terms of energy independence (it still requires a captain).

The SoelCat 12 has two was 60 kW lithium-ion batteries, for a total battery capacity of 120 kWh. The vehicle can operate for up to six hours at 8 kn, and has a maximum speed of 14 kn. Direct sunlight will prolong the duration of operation hours to 7.5 hours. At a “break even” speed of 6 kn, the capacity goes up to 24 hours, even lasting through the night.

The ship comes with a Vehicle-to-Grid and Vehicle-to-Home systems, which can turn the boat into a mobile power station which is able to power homes up to 15 kVA. It can deliver up to five hours of power during the evening, even in the most remote places. You can also connect to the SoelCat 12 through a smart device over a Wi-Fi signal.

The SoelCat 12 Yacht will cost around $600,000. While the new solar yacht is only likely to be used by the rich, it’s technology could have applications into the sustainable seed transportation market. 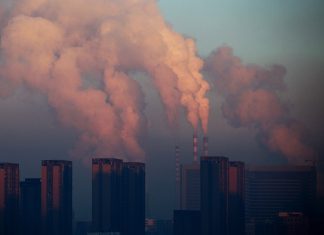 June 29, 2017
A new study suggests that pollution in the air might be blocking up to 25% of potential solar energy. Researchers at Duke University collaborated with...