According to a new study published in the journal Nature Ecology and Evolution, sound from air guns such as those used to survey the Atlantic Ocean for oil and gas deposits off of Florida, kill many small marine animals at the bottom of the food chain.

Blasts from the air guns can kill small marine creatures up to three-quarters of a mile away from the origin of the blast, which is 100 times greater than the distance previously thought. The study found that blasts from seismic air guns cause a two-to-threefold increase in the amount of dead adult and larval zooplankton, who are a vital food source at the base of the food web.

“Phytoplankton and their grazers—zooplankton—underpin ocean productivity,” write the researchers in the study. “Therefore significant impacts on plankton by anthropogenic sources have enormous implications for ocean ecosystem structure and health… Healthy populations of fish, top predators and marine mammals are not possible without viable planktonic productivity.”

The study was conducted in 2015 off the coast of Tasmania. Sonar was fired at zooplankton, including tiny crustaceans and krill larvae. Within only an hour of the sonar firing off, zooplankton decreased 64% percent. Dead zooplankton increased by up to 300% up to three-quarters of a mile away, which was where the researchers stopped looking. The research team speculated that damage to zooplankton could extend well beyond that range.

This month the federal government asked for public opinions on proposals to let several Texas-based companies survey the ocean floor with powerful air guns. Survey ships would tow along seismic air guns behind them, which blast compressed air bubbles to create sound, which is then recorded and analyzed to reveal geological formations which may hold oil or gas deposits. Companies must first get permissions from the Bureau of Ocean Energy Management (BOEM) to conduct operations.

The BOEM study found “minor” or “negligible” damages to most species impacted by the air gun surveying. However, environmentalist groups are concerned that air guns might have unforeseen effects on species like sea turtles, whales, fish and other wildlife. Air guns can also create hearing loss or mask mating calls for whales and other sea life. 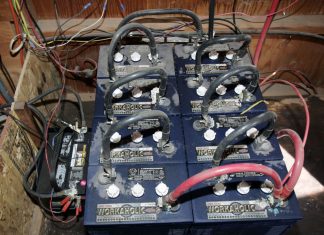 November 14, 2017
Solar and wind are becoming victims of their own success. With power from utilities’ photovoltaic panels and wind turbines now cheaper than at any...