Physicist Stephen Hawking has recently emphasized his beliefs that humanity must reach into space and colonize other planets so that it can avoid the dangers of staying on Earth.

Hawking urges that humanity must colonize Mars and the Moon within the next 100 years, or it may not survive the disasters coming due to disease, climate change and more.

Hawking underscored the danger in Trump’s decision to pull the US out of the Paris climate accord, and said that climate change is an existential crisis from which humanity should safeguard itself by colonizing other worlds:

“Unlike Donald Trump, who may just have taken the most serious and wrong decision on climate this world has seen, I am arguing for the future of humanity and a long-term strategy to achieve this… We have given our planet the disastrous gift of climate change … When we have reached similar crises there has usually been somewhere else to colonize … But there is no new world, no utopia around the corner. We are running out of space, and the only places to go to are other worlds.”

Hawking also made other arguments as to why humans should venture deeper into space, calling upon the strength of the human imagination and urge to explore. Though, his central message was that humanity should do all it can to prevent the possibility of being stuck on earth and subject to an extinction level threat.

If humanity is going to make it off of earth within his timeframe, Hawking argues that we must do a list of four things:

FIRST: we must dramatically cut the cost of spaceflight.
SECOND: we must engineer technologies to launch us into space much farther and faster than every before.
THIRD: we must discover new habitable planets.
FOURTH: we must learn how to survive on inhospitable worlds we already know of, such as Mars.

To be sure, Hawking is not the only person to call for humanity to expand beyond Earth. Elon Musk, Richard Branson, and a plethora of futurists, physicists and astronomers have also called for humans to talk space exploration and colonization more seriously.

However, some climate scientists are alarmed by Hawking’s words, viewing it as an encouragement to admit defeat and give up on the problem of climate change altogether. (To be fair, Hawking never said that we shouldn’t also combat climate change, just that we should have an exit strategy). Such scientists worry that if we start researching ways to get off planet Earth, we might be dissuaded or distracted from attempts to reduce greenhouse gas emissions.

Hawking ended his grim warning with a bit of levity.

“If there are beings on Alpha Centauri, they remain blissfully unaware of the rise of Donald Trump,” Hawking said. 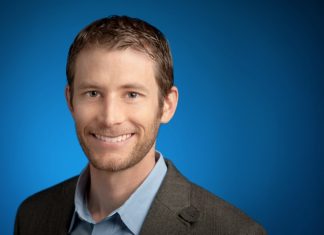 November 17, 2017
All energy, all the time. Depending on the day I might be negotiating a renewable energy contract, conducting a financial analysis of a transmission...