A group of lawmakers and advocates for the electric vehicle industry are hoping to use the lessons learned from the state’s solar initiative to push the adoption of electric vehicles and significantly multiply the number of EVs on the road.

The group is proposing a piece of legislation, AB 1184, which would set aside 3 billion dollars to offer larger rebates to electric car buyers in the state of California. The bill has already been introduced in Assembly and should be discussed within the Senate in the coming weeks. It may have to wait for a vote until after legislators will return from recess later this year.

The bill is cosponsored by the Advanced Energy Economy, a renewable energy industry group, and the bill was introduced by Assembly-member Phil Ting.

“We feel very strongly that the California Solar Initiative was among the most successful pieces of policy that the state has passed,” said senior vice president of external affairs for the AEE, Steve Chadima.

The bill is drawing on lessons learned from the California solar program, which managed to use all its funding years ahead of schedule to install hundreds of more megawatts of solar power than its initial goal. Analyzers of the solar program realized that several things contributed to the program’s success, such as having clear objectives, establishing a continuous funding source, and creating a clear way to lower the incentives over time. As we recently reported, California’s solar program is so successful, it has to pay other states to take the extra energy.

AB 1184 would see the creation of the Clean Energy Vehicle Initiative, another rebate system with the goal of bringing over 1.5 million electric vehicles to California by 2025, and potentially more than 5 million by 2030. At the time of this writing, there are only around 300,000 electric vehicles on the roads of California, meaning that number would have to quintuple in only 8 years, and many are skeptical that California will meet the initial 2025 goal.

The rebate program has the potential to add another several thousand dollars available to be given to electric car buyers in California. The federal government already offers a $7500 tax credit for electric vehicle buyers, and in addition, California has a program which offers about $2500 worth of rebates for purchasers in the state.

It was noted by advocates of the new bill that the subsidies weren’t enough to cover the difference between a vehicle like General Motor’s Bolt and an equivalent gas powered car, that difference being around $1500, though the new program could help fill the gap.

All the details and language of the bill will need to be ironed out, and the Senate may hold hearings regarding its version of the bill in the coming weeks. 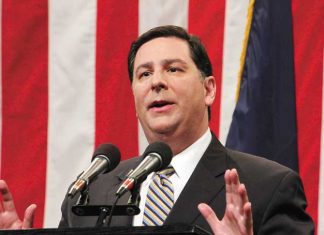 June 5, 2017
In response to President Donald Trump’s announcement last Thursday that the United States would be backing out of the Paris Climate Agreement, a number...