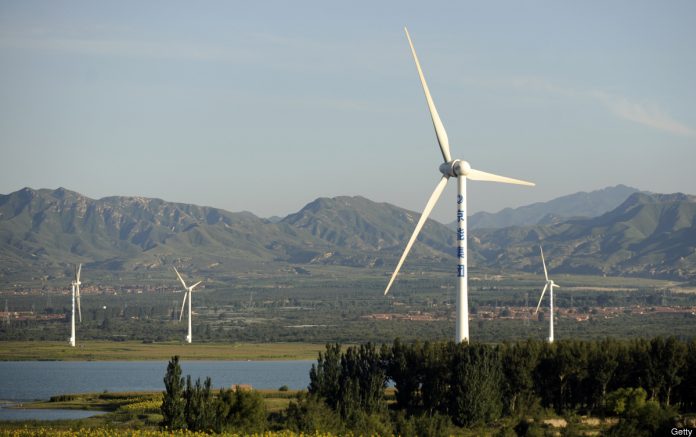 China is predicted to install an average of more than 25 gigawatts of new wind power capacity every year for the next ten years, meaning the next decade will see a growth of about 400 gigawatts of wind power in the country.

MAKE Consulting, a group of renewable energy analysts, recently published its Wind Power Outlook 2017 report. The report analyzes the Chinese wind energy industry, predicting that between 2017 and 2020 policy issues will restrict the annual addition of wind energy to below 25 gigawatts, but beyond that, wind energy installation will increase substantially.

Last year had China installing around 23 GW of new wind capacity, making its total capacity 168.7 GW. This follows a record-breaking 30.5 GW installed in 2015. To be sure, China has been making big jumps when it comes to wind energy, but its biggest issue has been curtailment problems. Sometimes wind turbines are not necessarily hooked up to the power grid, or sometimes energy is just lost along the way. While China is working to solve these problems, the problems are not likely to be fixed until the start of the next decade.

The Chinese National Energy Administration (NEA) created an alert system that would provide different levels of warnings (red, orange, and green) to regions or states in an effort to advise them of curtailment issues and prevent unnecessary further investment in wind power.

China gave a red level alert to five provinces when it launched: Jilin and Heilongjiang in northeast China as well as Gansu, Ningxia and Xinjiang in western China. Most of these provinces are traditional wind regions, and as a result, curtailment issues have expanded so much that a new policy has been created to stop further problems from developing.

China’s wind capacity shot up 13% in the first quarter of 2017, over the same quarter last year. This brings China’s total wind energy capacity up to around 151 GW. Capacity expansion was mainly focused in the Shaanxi, Henan, Qinhai and Hebei provinces. June 2, 2017
When it comes to solar power, smart land, and business practices can lead to some excellent opportunities. Thanks to these smart practices, honeybees, and...